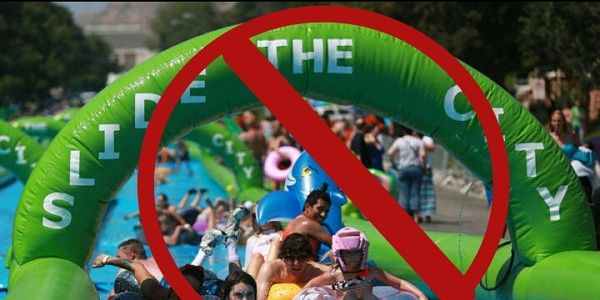 stop california from allowing giant water slides across the state

California is currently facing one of  the worst droughts that has been recorded in the state's history. Many Californians have been asked to be water wise because of this drought. Some people have even been faced with fines if water use has been too high.

It is extremely irresponsible for any city in California to allow an event like one featuring a giant water slide to take place for the sake of money and fun while the state as a whole has been suffering from this drought.  I am asking you to sign this petition today so that we may stop this event from taking place in Los Angeles and any other city in the state of California. Thank you.

According to Slide the City President the event will be using between 15,000 - 20,000 gallons of water at this event. They say that they will properly dispose of this water as well. Yet, they make no mention as to HOW they will dispose of the water that will be used and WHERE these tanks of water are coming from. (Slide The City Responds To Petition)

Per to their website, Los Angeles is not the only city in California where they plan on bringing this slide to. San Diego, Orange County, San Francisco, and San Jose are also scheduled to have a giant slide as well. If their estimate of using 20,000 gallons of water (which again they have not said HOW they will dispose of or WHERE it’s coming from) that would be a combined 100,000 gallons of water. They are also encouraging people to bring water guns and water balloons which will also contribute to even more waste of water.

I urge you all to please continue to share this petition. I believe that we can in fact make a difference and keep this out of California. I am currently in the process of writing letter to a few elected officials in California as well. Thank you all so much for your support.