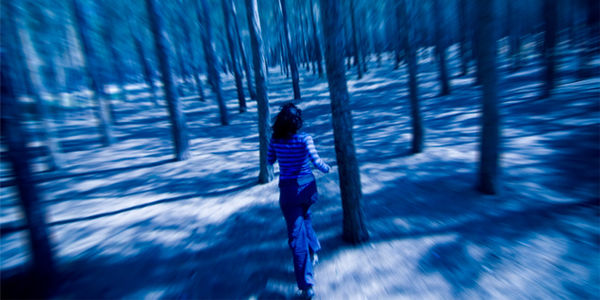 Domestic violence is a leading cause of injury to women in the U.S. with a 60% chance of a victim being assaulted by their attacker even after law enforcement is involved. This happened to my dear friend Amber Schinault on July 22, 2012. Even after a protective restraining order was in place, it still was not enough to keep her murderer away.

That's why I want to urge Maryland to re-introduce a bill implementing GPS tracking of domestic violence perpetrators who break a restraining order.

In 2010, this type of bill was struck down by the House with a 13 - 8 vote. The 2-year trial program would have implemented a GPS tracking device to notify law enforcement officials and the victim whenever a violator enters a restricted area. Now, this bill has been in limbo in Maryland.

Other states, such as Connecticut and Wisconsin, have successfully piloted this program. In Connecticut, victims themselves weren't tracked and could choose to be notified in "stationary'' settings, like home, school and work, and/or in "mobile'' settings, like during trips to a shopping center.

If this program had been in place years ago, my friend Amber would still be alive. My friend's murderer was convicted of felony murder, first degree murder, and third degree burglary. He is facing life in prison.

Please sign this petition to tell our representatives just how important this program is not only in Maryland, but for the entire U.S. Please help me make a difference.

It feels like yesterday when I received the call from my dear friend. She told me “you’re not going to believe this, it’s like from a movie.” Right then I knew it had to be something out of the ordinary, but I wasn’t expecting what she told me.

She explained to me that her boyfriend she’d been dating just over a year tried to throw her down the stairs and pushed her around. This surprised me because I’ve hung out with them both a few times and he seemed so nice.

She told him to leave but he came back later that night and continued to push her around. She was assaulted by a vehicular 1st degree assault; she had both hands needing extensive reconstructive surgery. He dropped her off at the hospital that same night where she began treatment.

Amber yelled to the nurses repeatedly to call the police and that he had hurt her. After her repeated cries for help they called the police.

As soon as she was out of the hospital, I went over her house to visit her. I remember sitting poolside talking about what had happened and catching up with everyday life. She told me that her mother took her to the court house, bandaged hands and all, and was awarded a restraining order. She also was working with The House of Ruth who was helping her out financially because due to staying in the hospital she lost her job. She stayed with her family while she was healing. She had a love for animals. She performed many rescues to help find homes for animals. She herself had four beautiful dogs that were being help taken care of by friends and family. Her plans were to find foster homes for a couple of her dogs and to move out of the house she lived in and find a new place. She knew she couldn’t take all of her dogs with her.

That same day we went over to her house where an unmarked police car sat in front for safety. She showed me where everything had happened. Then we walked the dogs in the fenced in backyard, fed them, and freshened their water before heading back.