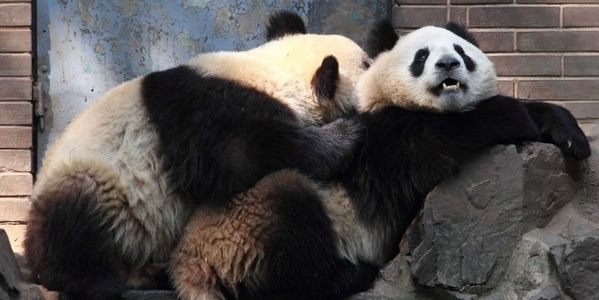 Please sign and share this petition on all your media sites worldwide in an effort to encourage China not to send their precious panda bears to the Copenhagen Zoo. This is the same zoo that killed baby Marius the giraffe and a whole family of lions for no good reason. This zoo has a horrible practice of killing healthy animals and inhumane breeding policies. Save these pandas from a terrible future and stop China from sending the pandas to such a home!!

The Copenhagen Zoo in Denmark is, as you may remember, where they euthanized a perfectly healthy 18-month-old giraffe just a few months ago. If that were not enough, they also recently put down a 16-year-old male lion, a 14-year-old lioness, and two young lions to make way for another male lion from another Denmark zoo. Now they want China to send them two of their gorgeous and highly endangered giant panda bears, which would be a huge mistake.

The Copenhagen Zoo claims that their euthanasia practices with the recent lion deaths are intended to improve the genetic diversity of their existing animals; they say they fear inbreeding among the male lions and their own offspring. Additionally, the 14-year-old lioness was too old to give birth and raise another litter without complications.

The U. S. Association of Zoos and Aquariums is in total disagreement with how the Copenhagen Zoo handles these situations. Other facilities carefully manage their zoo populations through the exchange of animals and the use of contraception not through euthanasia! Does China really want to take chance and sending its endangered Pandas to a place with such horrific and cruel practices??

We have to encourage Chinese President Xi Jinping not to allow two giant panda bears to be transferred to the Copenhagen Zoo. The zoo already houses red pandas; according to Denmark foreign minister Martin Lidegaard, has tried to get a giant panda for four years. Providing the giant panda bears is said to be "the ultimate symbol of the friendship between China and Denmark and something that only happens on very rare occasions."  The giant panda is one of the most endangered species in the world with less than 2000 individuals left on earth. But with the zoo’s reputation, how can China even consider placing their pandas in such peril?

Please sign and share this petition to encourage China not to send their precious panda bears to the Copenhagen Zoo.

Chinese Government and President Xi Jinping – Please reconsider your decision to send your protected endangered Giant Panda Bears to the Copenhagen Zoo in Denmark. This is a terrible idea and can put these animals in peril. As you may remember, this zoo chooses to euthanize healthy animals if they do not meet their needs which can quickly put your pandas in grave danger. The zoo treats their animals poorly and should not be allowed the benefit of giving a home to such an endangered species as the giant panda bear. Protect the panda in your own country and let them live where they are comfortable and safe!!