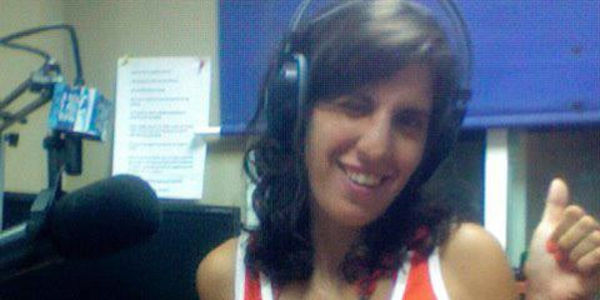 Sheri Barclay worked as a DJ at CJSR FM 88.5, a volunteer radio station in Edmonton, Canada since 2006. In 2007 she was named as one of the best radio personalities in the EDMONTONIA'S 2007 Reader’s Poll.

In July of 2013, Sheri Barclay was promoting a documentary about soul singer Charles Bradley on The Barclay Hour at CJSR and called the Metro Cinema to ask if she could give away 2 tickets to that night's show. Then, as a joke, she gave herself (and her boyfriend) those tickets. CJSR suspended Sheri for 3 months and has yet to reinstate her.

We the undersigned request that you bring back the Sheri Barclay Hour for these following reasons: 1) Sheri was joking when she gave herself those tickets and actually bought a ticket and paid for it herself that night at the showing of the documentary. 2) She apologized to Metro Cinemas and CJSR. 3) Her humor and the backlash over her antics is SOOO Sheri! We MISS her!

We listen to Sheri's radio show because we want to hear music we would never otherwise here on any other show. We listen to Sheri because she has a sly and dry sense of humor that is refreshing because it's not the forced revelry that is shoved down your throat by morning zoo schtick or the practiced homegenized patter of radio robots. She is an original and much missed voice among her listeners from around the globe! She has had radio shows in New York City, Berlin, and Tel Aviv, and we have followed her back to Edmonton. So please put her back on the air! She's a national treasure!

To get an idea of her masterful song choices, here's a link to 6 years of play lists: http://sheribarclay.blogspot.ca

...I mean it's mind boggling even for me when I look at all that music!

New Yorker on the street interview: "I love Charles Bradley. I would have given myself tickets to that show, too. Shoot, It probably helped promote the damn movie!? Genius marketing stragedy! Oh wait, she PAID for her ticket afterall? Why all the fuss then? Sheesh?

Her lawyer: "You know how much FREE talent costs these days? Watch...Bring her back and see this story elicit thousands of dollars worth of free publicity!?"