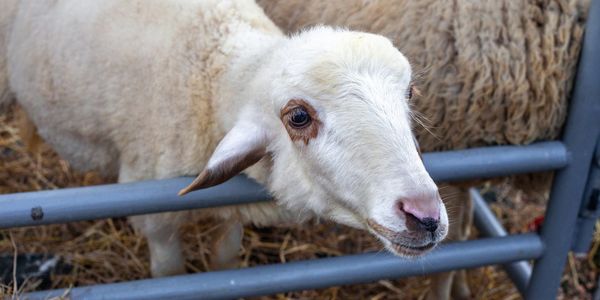 Save the 50 animals slowly dying on this animal abuser’s farm!

On a farm in Kansas, bodies of dozens of sheep and goats were found rotting away in the summer heat. "Countless bones" of who knows how many other poor animals were discovered amongst them. And although the owner of the animals on the property has been charged with 10 counts of animal cruelty, there are still over 50 animals suffering on the farm -- and the sheriff's department has said they have no intention of saving them.

But Thousand Oaks, an animal welfare organization based in California, has requested to take possession of these animals that are so desperately in need of help. Sign the petition and implore the Ottawa County Sheriff's Department to let them save these creatures!

Sheep, goats, and rabbits make up the pack of animals that have been so horrifically neglected. Many of them are completely emaciated and near starvation, forced to live amongst the rotting and decomposing bodies of animals who most likely died the same way. Without access to food or water, they're dehydrated on top of starving. One sheep was observed to have hooves "over a foot long," making it impossibly painful for it to walk or even stand. Animals all over the property are limping, one rabbit's eyes are oozing and cloudy with infection, and one poor sheep is walking around with a bloody prolapse -- a painful condition affecting either the rectum or the vagina when the animal's inner organ is pushed outside of its body. It is something that normally requires immediate veterinary attention, but it is clear that none of these animals are being given proper medical care.

The animals' owner and abuser was charged in the very beginning of June, 2021, and as of the time of this writing in late July, 2021, they have not been removed from the property. He has not even had his preliminary hearing, which has been pushed back twice and is supposed to take place at the end of August. There is no reason these animals should continue to suffer just because the justice system moves at a glacial pace.

We must demand that they be saved! Join us by signing the petition and asking local authorities to allow rescuers to give these animals the care they deserve, but have never been given.

Care2
Save the 50 animals slowly dying on this animal abuser’s farm!
SHARETWEET