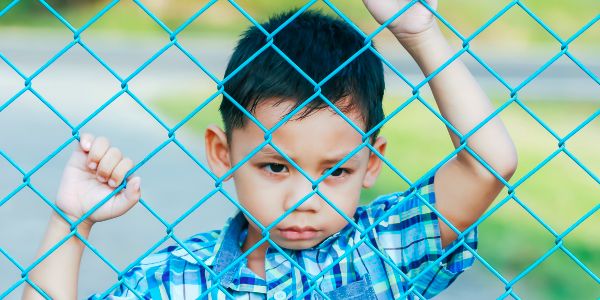 13,000 Migrant Children Are in Detention Camps and They May Never See Their Families Again

Right now, nearly 13,000 migrant children are being held in federal detention camps. It is the highest number of detained children ever recorded in the U.S.

While most of these children entered the country on their own, usually to meet family members already in the U.S., a portion of them are children who were ripped from their loved one's arms during Trump's cruel "zero tolerance" policy this summer who have yet to be reunited with their families. And now, these children are starting to be adopted by foster families in the U.S., never to see their own families again.

Please sign this petition to demand the Trump administration reunite detained children with their families now!

Araceli Ramos Bonilla is one mother very nearly lost her two-year-old daughter, Alexa, to an American family. She was arrested after crossing the border into Texas, and Alexa was taken away. Months later, she was denied asylum and deported to El Salvador without her baby.

Alexa was eventually sent to live with a temporary foster family in Missouri. But through various legal loopholes, Alexa's guardians decided to seek custody even though they weren't supposed to. After 28 minutes in a courthouse, that Araceli had no idea was taking place, a judge granted them custody.

After a long and expensive fight, Araceli did eventually get Alexa back, but by that time, Alexa hardly recognized her mother. They were eventually able to bond, but the stress of separation has left an indelible scar on both of them.

Araceli and Alexa may have been reunited eventually, but many other families won't be that lucky.

The cruelty must end now. Sign now to demand that the Trump administration reunites families to ensure that detained children are not permanently separated through adoption.
Sign Petition
SHAREShare With FriendsTWEETEMAILEMBED
Sign Petition
See more petitions:
You have JavaScript disabled. Without it, our site might not function properly.

Care2
13,000 Migrant Children Are in Detention Camps and They May Never See Their Families Again
SHARETWEET