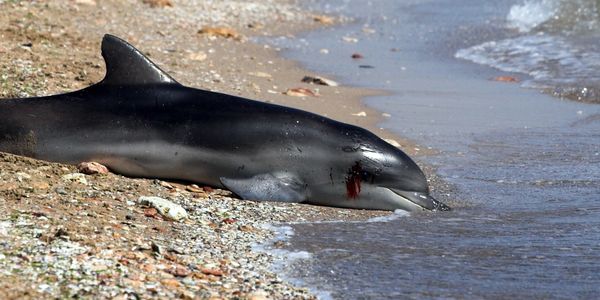 A Stranded Dolphin Died After Beachgoers Harassed It, Overcrowded It, and Tried to Ride It.

A beached dolphin tragically died in Texas this week after beachgoers tried to interact with and play with the helpless animal -- rather than helping it return to the water so it could live.

Not only is this kind of behavior incredibly dangerous for wildlife, it is also illegal under the Marine Mammal Protection Act. We cannot allow a single other wild animal to die in these conditions. Those who harmed the dolphin must be held accountable and educated on how to appropriately handle situations like this.

Sign now to demand any beachgoers found in violation of the law be ordered to complete wildlife education training!

We're currently in an age of exploiting wildlife for entertainment, from SeaWorld performances to illegal roadside zoos, where owners allow customers to play with baby lion cubs as if they were cute little toys. So perhaps it should be unsurprising that people believe that they have a right to interact with wild animals and do whatever they want with them.

In fact, many people's only exposure to marine mammals or wildlife in general comes from toxic and abusive institutions like those mentioned above. So it is no wonder that many Americans come to believe such interactions are good for animals or make animals happy. But human beings have no right to interfere with wildlife, and science has repeatedly shown that those interactions can be extremely traumatic for the mammals in question. Dolphins are already endangered, so we should be doing everything within our power to save them -- not turn them into amusing rides  and, through our negligence, kill them. Imagine how frightened this poor animal must have felt. It was already in distress, out of water and away from its pod. And then humans descended on it: shrieking, making loud noises, crowding it, and mounting its slowly asphyxiating body.

Even if the beachgoers were innocently misguided and never intended for their actions to hurt the stranded dolphin, there is no excuse for their behavior. Those found in violation of the Marine Mammal Protection Act can technically receive a fine of up to $11,000 under current law. But research tells us that the best way to prevent similar incidents in the future is through education. Many Americans lack proper training for how to interact with wildlife if they come into contact with it -- and educating these beachgoers can help spread the word to stop more dolphins from tragically dying this way ever again.

The beachgoers who harmed this animal must be held responsible, and wildlife education training is the best strategy to prevent more of these devastating incidents in the future. Sign the petition now if you agree!
Sign Petition
SHAREShare With FriendsTWEETEMAILEMBED
Sign Petition
See more petitions:
You have JavaScript disabled. Without it, our site might not function properly.

Care2
A Stranded Dolphin Died After Beachgoers Harassed It, Overcrowded It, and Tried to Ride It.
SHARETWEET