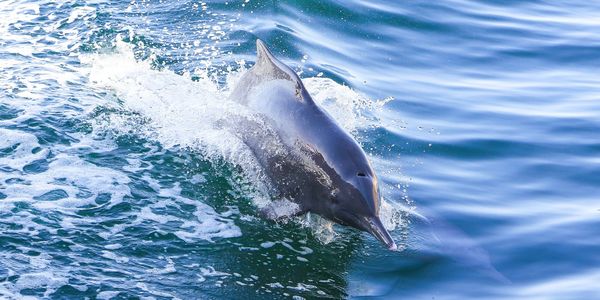 These Rare Dolphins Could Go Extinct Before Ever Getting Federal Protection!

If you're like me, you had never heard of the Atlantic humpback dolphin until recently – and unfortunately, it's for a horrible reason. This little known dolphin is on the very brink of extinction, with just 3,000 left in the wild. Luckily, the National Marine Fisheries Service (NMFS) is considering listing them as protected under the Endangered Species Act. But for now, they are still in the midst of a status review, meaning they still don't get any federal safeguards. Until these dolphins are officially protected, we must apply pressure!

Sign the petition and implore the NMFS to protect the Atlantic humpback dolphin under the Endangered Species Act (ESA)!

It is no secret among conservation groups that this special species is struggling – the NMFS status review comes in response to a petition from the Animal Welfare Institute, the Center for Biological Diversity, and VIVA Vaquita asking for help for the Atlantic humpback dolphin. In fact, these marine mammals are already listed as critically endangered internationally! It is the least the U.S. could do to list them under the ESA.

But we need your help to get them there.

A huge part of conservation is gaining a "higher profile" and name recognition for species in peril. Without public knowledge, it's incredibly difficult to get the "financial, legal, political, and enforcement assistance" that international conservation efforts need. And because global awareness of the Atlantic humpback dolphin's plight has been lacking, while human activity has been threatening them, their numbers have gotten terrifyingly low.

3,000 Atlantic humpback dolphins remain today, in large part due to an issue called "bycatch." Fisheries use gillnets, basically vast walls of netting, to catch the fish species they can sell, but often other species get trapped and killed, too – including the Atlantic humpback dolphin. Dying as bycatch is horrible – since they are mammals, these dolphins drown if they are tangled in nets and cannot surface to breathe. The synthetic material can also cut into their flesh and cause wounds and infection.

In addition to the threat of becoming bycatch, other human activity threatens the Atlantic humpback dolphin, which can only live in shallow, coastal waters. In those areas, they are at risk of human interaction. Coastal development depletes their habitat and noise pollution inhibits their ability to communicate, travel, and can ultimately cause injury or even death.

Luckily, because these threats are all human-related, it means that regulations, measures, and policies will make a major difference in the fight for these dolphins' survival. We can change this situation! But that's only if we can get the right protections for these vulnerable creatures – and fast.

The NMFS is accepting comments from the public until January 31, 2022 through the form found here. Please leave a comment, and then sign the petition telling the NMFS to protect Atlantic humpback dolphins before it's too late!
Sign Petition
SHAREShare With FriendsTWEETEMAILEMBED
Sign Petition
See more petitions:
You have JavaScript disabled. Without it, our site might not function properly.

Care2
These Rare Dolphins Could Go Extinct Before Ever Getting Federal Protection!
SHARETWEET