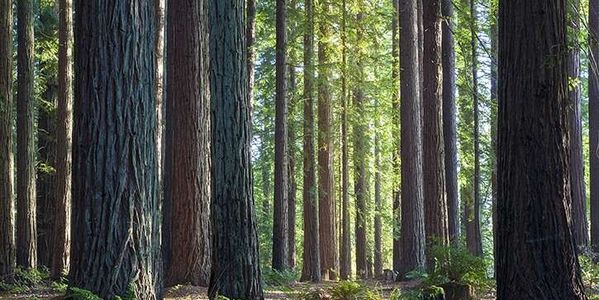 A Spanish winemaker wants to level 154 acres of coast redwoods and Douglas firs to make space for new grapevines in the California’s Sonoma County.

The majestic Redwood only grow in the relatively cool coastal region of Northern California and southern Oregon, and parts of this range, such as northwestern Sonoma County, have become increasingly coveted by winemakers. The wine farms are growing, and the forests are shrinking. Forests that provide wildlife habitats and protect streams from erosion. And all this with permission from California’s Department of Forestry and Fire Protection. (CalFire). Protection at the end of the name seems to be rather misleading. What or who, are the trying to protect? Not the forests it seems.

Redwoods are considered among the most spectacular of all trees. The biggest trees on Earth by height, redwoods can stand more than 350 feet tall. Some are more than 2,000 years old.

The thousands of trees slated for removal are between 50 and 80 feet tall. Trees as previously mentioned, provide wildlife habitat and stabilize the soil against erosion, which has been a major problem for streams in the area that once harbored runs of salmon and steelhead trout to boot.

It is not just Redwood and Fir trees; oak trees are also in the way of these wine farms. Oak trees tend to be overlooked by the general public, which is more easily impressed by redwoods. Yet oak forests provide habitat for vastly more species than do redwood forests.

And it's not just redwoods that are at stake as vineyards expand their terrain. California's oaks aren't subject to the same environmental protections as more commercially valuable species like redwoods and Douglas fir. And Northern California's oak forest, near the coast as well as inland, is being lost at fast rates to vineyard expansions.

Oak trees tend to be overlooked by the general public, which is more easily impressed by redwoods. Yet oak forests, she says, provide habitat for vastly more species than do redwood forests.

Whilst we all complain about pollution, global warming, deforestation, and mans other pursuits to grow his wallet at the cost of the planet, we sit back and do nothing. How long before the entire region is only wine farms, and there is not one tree left.

Lets send a message to Artesa that we will not sit back this time. This natural habitat must remain protected. Live up to your name and protect these forests.