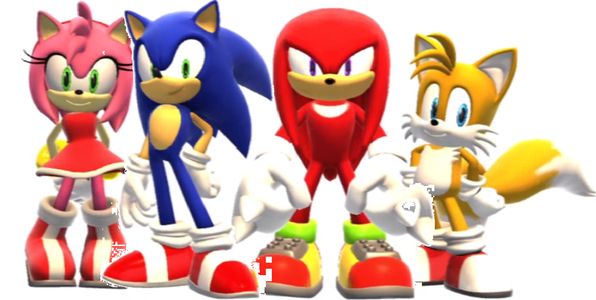 NOTE: If you signed the previous online petition you don't need to sign this one. Only new signatures are needed.

Do you generally support the idea of being able to play as a different character other than the Main Character?

Do you generally support the idea of a game implementing a Multiplayer Mode, like Co-Op Story Mode?

Do you support a video game character having the freedom to used in important roles in Story Modes?

Do you support a sidekick type video game character having his/her own spinoff series of games?

This petition is a document that allows gamers to show their open support for and recognition of the core value to characters such as Miles "Tails" Prower, Knuckles the Echidna, Amy Rose and others, but you are also calling to bring attention to the issue of their status as optional playable characters in the Main Sonic Series (i.e. Sonic Colors, Sonic Generations and Sonic Lost World). This does not include any Spinoff subseries such as Mario and Sonic at the Olympic Games nor Sonic Boom.

*Introduced Tails as a Playable Character

*Introduced Knuckles as a Playable Character

The creation of this petition stems from the recent history of the Sonic franchise and how the franchise as a whole has been handled by the likes of Sega and Sonic Team.

"We need to establish Sonic's core gameplay first" has been Sega's response in answering questions about optional playable characters for over a decade.

All signatures of this petition will together represent a simple message: 1) Sonic's friends should receive better opportunities and more respect in the way that they are used in Sonic games, 2) The views of a few companies such as IGN, Game Informer and GameSpot are NOT the same as the views of fans, 3) As fans of characters not named Sonic, we are defending the characters that we love and respect, and we ask that Sega and Sonic Team consider reinstating them.

Goal: Once enough signatures have been received, I will go to the next scheduled gaming convention or Sonic fan convention where Sega and Sonic Team will be present, and I will reveal this online petition and a separate ink pen only paper petition to them. This is my way of getting to the bottom of a long-developing issue. I appreciate your help.