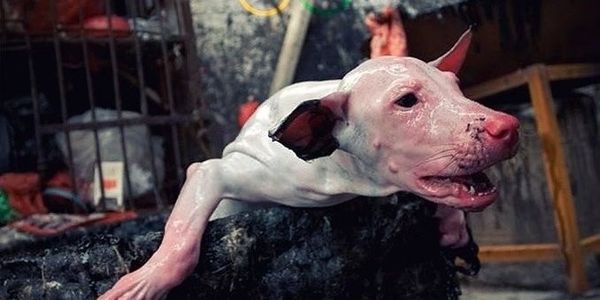 To get aware how pets are getting killing by people and to know how people only can save innocent puppies life.

In South Korea, puppies and kittens are forced to suffer unimaginable torture and deprivation from the instant they are born until the day they are slaughtered. Dogs are imprisoned in filthy, cramped cages all their lives with very little or no protection from extreme weather condition. They get no exercise, medical care, companionship or even proper food and water. Often, their eardrums are burst to prevent them from barking.

Not only this, Koreans also claim that the more a cat or dog suffers; the better is its meat therefore many dogs or cats are mercilessly made to experience intense fear and severe suffering prior to their death. According to Yonhap News of South Korea dated May 21, 2015; cats are frequently boiled alive to make health tonics.

In addition to South Korea, some other countries which openly continue this practice are Vietnam, China, and Indonesia. However, Thailand and Philippines have banned consumption of dog. Like dog, cruelty on other animals is becoming widespread in the world. At present, dog meat industry laws are vague in South Korea, resulting in a legal grey area.

People of all genders, ages, social classes, and religions eat dog meat in South Korea. This is partly due to the way they were brought up; perhaps they are ignorant of the agony they are causing to dogs. Once the catholic bishop Sung-Hyo Lee of South Korea boasted “My favourite food is the meat of dog. My hobby is to force the dog meat on foreign priests, especially the French priests.”

Some people believe that the best solution of this illegal dog meat industry is to legalize it. However, legalization of this industry and dog eating will do nothing to stop the cruelty on dog. If condoned by the Korean government, this industry would only become more open and widespread. Dog farmers would not like extra social responsibilities and regulations and it’ll be cheaper for many dog farmers to continue illegal farming without any restriction It’s our humble request that South Korea should stop this horrific cruelty of boiling live animals immediately and ban the consumption of puppy and kitten.