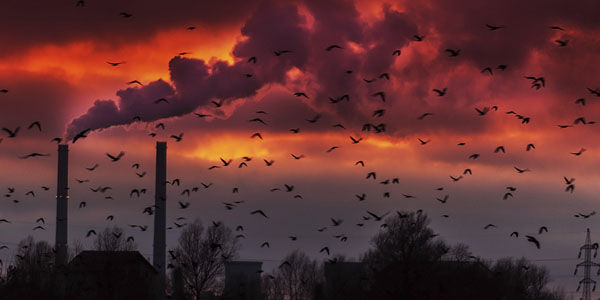 End the Destructive Construction of an Unnecessary Park!

Recently, the Howard County Department of Recreation and Parks has constructed a 25 acre park West of Oakland Mills Road. This is called Blandair park. It is made of 3 turfed fields, a playground, a shelter, and a parking lot. The construction of this park has caused a small amount of trees to be uprooted, and the light pollution to increase in the night.

As if this were not enough, they are planning to build, and are already building, a new park South East of Oakland Mills Road with 5 tennis courts, another parking lot and restroom, 2 lighted baseball fields, and another shelter area! All of this will take up 31.4 acres of land! Land that could be used for reforestation, or another small wildlife reserve.


In addition, they have uprooted many trees along the other side of the road and near the construction site where they will not be building anything! Many of the trees helped hide the houses of residents from the view of the roads, and the passing cars. The trees included 2 huge, and over 30 year old mulberry trees that provided a wonderful view, and that my family and other families used to walk under to admire. Those trees have been here since I was a little girl, now they are gone, all of that time taken to create the trees has been thrown away. It will take another 40 years to ever have trees like that again, but do you know how long it will take to build a smaller park elsewhere? Less than 3 years. Think that over in your head. The construction of the park has also destroyed the land and uprooted the grass, exposing the dirt. The time it is taking to construct it is further making it an eyesore. That field used to be a wonderful wilderness, and it was nice to walk by and see some of the animals that came there, now, people don’t look at it for it’s beauty, they look at it in repulsion.


There are over 100 tennis courts and over 30 baseball/softball field in Columbia alone! Why is it necessary to have even more tennis courts and baseball fields?! The only reason is that people are too lazy to travel to the other places, or that Howard County just wants to improve its rapport and pamper its residents. How much more pampering do we need?

The residents in the area around Blandair park never even mentioned the need for a new park, turf, baseball field, or tennis court before! It is only used because it is available, if it was never constructed, people would never even have thought they would need it!


Also, the new park is being constructed directly behind a neighborhood, only about 500 feet away from the nearest house. Blandair Park lights already disturb nearby residents, and the noise from the games is incredibly loud, disrupting their lives. The new park will cause an enormous increase in the light and noise (i.e. air horn) disturbance caused by Blandair Park to the residents. The lighted baseball fields will make it even brighter and the noise from the construction of the park and the baseball games will even more disturb their sleep and lives. The people going to the park for games will also disturb their privacy by coming too close to their homes, as they already are. Not to mention the stink that will remain in the air for weeks after the construction of the park. After Blandair park was constructed, the area 1000 feet away from it smelled like wet paint and chemicals for ages.


What I feel are one of the more important downsides of creating the park are the animal habitats. Everyone knows that many deer live in Maryland and North America, the population increasing every year. The construction of the park will disturb the deer that live in the trees surrounding it, forcing them to go deeper into the woods and onto houses, gardens, driveways, and backyards causing an increased risk of ticks to the residents of this area. Many of you may be thinking that the deer should be hunted and killed because they have overpopulated the area. Well, ask yourself, why is that happening? It is because humans killed all of their natural predators, i.e. the wolf and the bear. And, because they decided to CONSTRUCT houses and PARKS, the deer habitat became smaller, making it appear more densely populated and forcing them to live closer to humans.


I have no idea if it is too late, or if the higher officials will listen to us, or if they even care about what we have to say about this construction in our community, but, in the end, I hope that this makes a difference in how you feel, what you think about making a new park, and maybe, just maybe we can reverse this process, and make it a better place for the community and for us to live.
Please help us stop the construction and sign the petition and send this link http://www.thepetitionsite.com/545/226/405/end-the-destructive-construction-of-an-unnecessary-park/ to as many people as you can! Your signature means a lot, thank you!


For more information about the construction of the new park, visit: http://www.howardcountymd.gov/DisplayPrimary.aspx?id=1976.

If you would like to know what other parks, fields and courts are there, visit:

A fourteen year old who cares.

We are writing to urge you to stop the construction of 31.4 acre, Phase 2 of Blandair Park. A few years ago, you had constructed Phase 1 of Blandair Park, uprooting a few trees, using up 25 acres of land, and increasing the light pollution during the night due to the lighted turfs. As if this were not enough, you are in the very early stages of constructing Phase 2, which will include 2 lighted baseball fields, and 5 tennis courts. Residents are already complaining about the bright lights during the night and the loud air horns going off during games. Now, you have uprooted many trees around the construction site, even in areas that you are not constructing. Those trees used to block the view of the houses from the public eye, and vice versa. The new Phase will only be about 500 feet away from the nearest house, so the cutting of the trees has further destroyed their privacy. There also used to be several old trees not in the construction site that you uprooted, too, including two mulberry trees. It will take another 30 years to grow trees like that, but less than 3 years to build a park. We know that you had planned to build the park 10 years ago, and that if there were to be any petition, it should have been during that time, but guess what, many of the people who care about it now were either too young to start a petition, or didn't know what exactly would be the effects of the park, do you think we could have done anything?

Almost all of the people who actually go to Blandair live far away from it, such as in PG County. Many of the kids who live near and around it do not like it at all, and want the construction to stop. If you want to impose a park on someone, shouldn't you ask if they like it or not? The park will cause an enormous increase in traffic in that area, and since a lot of kids live there, it will be more dangerous for them when they play outside. There are already people going through neighborhoods in order to reach the park. With the new extension, so many more people will have to tresspass through neighborhoods.

Now is the time that people are realizing the effects of the park on the land, and on the residents of Columbia, and now is the time that they realize there should be a change. If enough people want the construction of the park to stop now, don't you think it should? Since there is so much land, you can build another small playground. With the land already turned, it will be a good place to plant a lot of new trees, which will restore the resident's privacy and animal (i.e. bird) habitats, and make it more of a wooded area. We will also be able to sprinkle several bags of grass seeds, or ready-made turf, on the land, and with the help of the community, we can raise funds to buy that along with many other plants and flowers and/or start a community garden which will be healthier, and a great way for the people to connect. You can use the money that you are paying the contractors and workers who are building the park to instead plant many trees and help with putting down the turf or grass seeds. Part of it can still be a playground, or something small, but the rest can be reforestation area and/or a garden.

You should rethink your plan for the park, and realize that it will be better for the community to grow if we all help to restore the land. Remember, it is NEVER too late to start a change.

Care2
End the Destructive Construction of an Unnecessary Park!
SHARETWEET