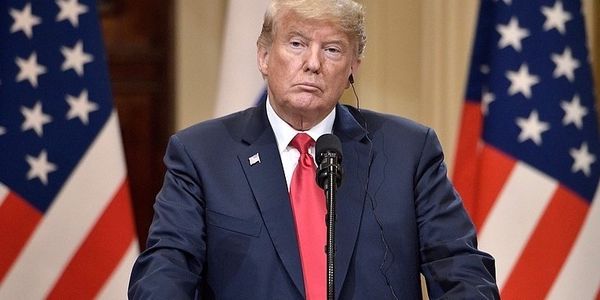 On March 27, Donald Trump signed the bipartisan Coronavirus Aid, Relief, and Economic Security Act (CARES) into law, an act that provides $2 trillion in federal aid to reduce the spread of the deadly novel coronavirus, protect workers and businesses harmed by the resulting economic downturn, and boost the economy. Apparently he didn't realize that the law included this crucial measure: the creation of a new Special Inspector General for Pandemic Recovery.

Essentially, this inspector general is a new independent government watchdog who will monitor how the executive wing fulfills the terms of the law, in order to maximize honesty, efficiency, and benefits to the American public. This seems like a good thing, right? Who wouldn't want to make sure we're responding to the pandemic and economic hardship the best that we possibly can?

Sign the petition to call on senior White House officials to intervene and allow the new watchdog for Pandemic Recovery to really do their job!

You see, he doesn't much like being monitored or held accountable. The idea of being tied to his word and the rule of law doesn't really appeal to him. That's why he's been on the attack against inspector generals for months now. Right now, 19% of all agency inspector general positions are unfilled. Most recently, he fired the inspector general who shared a whistleblower's complaint about Trump-Ukranian bribery and corruption... you know, the one that got Trump impeached. That's exactly the sort of role an inspector general is supposed to fill, and he was just doing his job. But Trump can't stand oversight.

Right now might not feel like the most important time to be worrying about Trump's firing of government watchdogs, but the timing actually couldn't be more important. As of Friday, April 17, more than 36,118 people have died from COVID-19 in the United States, and those numbers appear to be surging forward — not backing down. Managing this crisis as effectively as possible is a life-or-death matter. We can't mess around.

Yet Trump is now declaring "presidential supervision" over this new pandemic-related inspector general — in other words, he's refusing to grant this person autonomy so he can limit outside oversight. Trump even proclaimed recently that "When somebody is the president of the United States, the authority is total." Claiming executive authority, Trump says he's planning to block this new watchdog from sharing information with Congress unless the IG has Trump's explicit prior consent. In other words, Trump now wants to watchdog the watchdog. If that's not Big Brother-esque, I don't know what is.

This infection is spreading, and it's spreading at an alarming rate. It can spread via person-to-person interactions, conversations, breathing the same air, handshakes, or touching something that someone (even an asymptomatic, seemingly "not sick" someone) with the virus has touched. Almost 40,000 people have died in a matter of just a few weeks. This is not the time for Trump to be showing off his love of dictatorial powers — he needs to put the lives of the people he swore to protect first.

Sign the petition to demand that White House officials force Trump to back off and let the new Pandemic Recovery inspector general do their job, and do it fully, independently, and faithfully! We can't let Trump's megalomaniac ego be the cause of further deaths and destruction.
Sign Petition
SHAREShare this petition with friends!TWEETEMAILEMBED
Sign Petition
See more petitions:
You have JavaScript disabled. Without it, our site might not function properly.