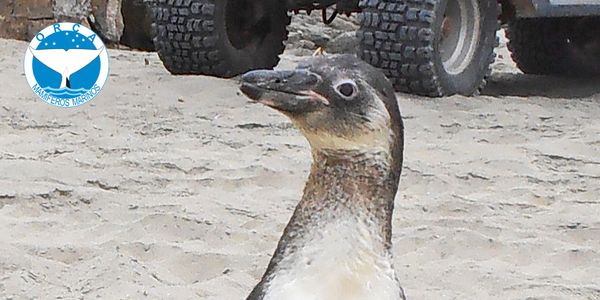 Five rare Humboldt penguins were found dead at a centre for endangered species. The two adults and three babies -- the youngest of which was only eight months old -- were found with their throats slashed.

This supposed "rescue" and breeding centre in northern Peru is not protecting this highly endangered species from extinction, and keeps the penguins in horrible conditions. Sign this petition to demand that the government shut down the centre and do more to protect the imperiled Humboldt penguin.

In Peru, the endangered Humboldt penguin has been terribly affected by the use of dynamite in industrial fishing, by being killed for human consumption, by pollution and by being picked up from the beach to be pets (which ultimately leads to their deaths). These activities are illegal, but the government is not holding any penguin-killers accountable.

Peru needs to protect these penguins before it's too late!

Instead, officials pick up the penguins and send them to this terrible facility in the north of Peru. This so-called rescue centre doesn't meet any of the criteria a penguin facility should have: It is in the desert and there is no shade, no cave and no proper pool.

The worst problem with the center is that it is not set up for preparing the penguins to be released. The center claims that 'the penguins are too domesticated,' but Humboldt penguins have been successfully released before -- even individuals that were very young when they were rescued, and even animals that were severely traumatized and were in terrible physical condition.

In addition to the miserable life the penguins have in the center, they are also at high risk of dying prematurely from a disease outbreak, overheating, or hurting themselves badly out of stress.

Keeping the penguins in Peru's center is inhumane! Demand the Peruvian government protect these penguins before it's too late!

Links for examples of rescues and releases:

Links to see the center and the murdered penguins:
http://www.rpp.com.pe/2014-04-21-lambayeque-5-pinguinos-en-cautiverio-fueron-degollados-y-perforados-noticia_686059.html
http://elcomercio.pe/peru/lambayeque/pinguinos-fueron-encontrados-degollados-centro-rescate-noticia-1724171