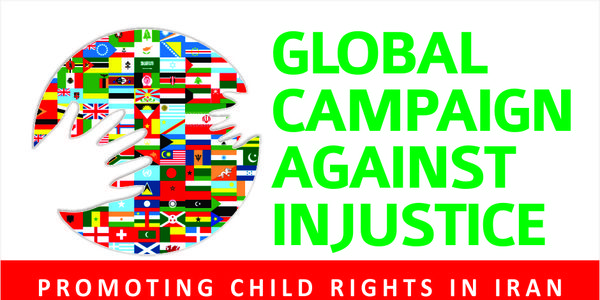 Iranian children are the most forgotten children .Why? because they are the only ones who have a lot of laws directly against them , and:

To mobilise worldwide efforts to protect and promote the rights of all children, especially the right to receive a free and meaningful education and the right to be free from economic exploitation and from performing any work that is likely to be harmful to the child's physical, mental, spiritual, moral or social development.

Despite being party to United Nations Declaration of Human Rights; United Nations Convention on the Rights of the Child and having ratified ILO Convention 182 on worst forms of child labour, children in Iran are still deprived of the safety mechanisms stipulated under all the internationally recognized rights. Additionally, the Islamic Republic's Government’s religious laws are in contravention with the internationally acclaimed children’s rights

By ratifying amendments 22 and 27 of the so-called "Protection of children's rights" legislation in October 2013, once again the Islamic Republic of Iran has taken another disparaging and harmful step towards the subjugation of children's rights in Iran. The implementation of this law by the Islamic regime in Iran will not only pave the way for the phenomenon of pedophilia in an official manner, but also it will undermine the loyal and moralistic concept of parenthood, and subvert adopted child's dignity. By implementing amendments 22 and 27, the foster parents in Iran are given the right to marry the adopted child.

We, the undersigned, call upon the International Human Rights and Child Protection Institutions, for their immediate intervention in order to withdraw the following harmful laws against the children of Iran:

"Note 2 - The properties which had belonged to a minor who has now reached the age of majority may be given to him only if it has been proved that he has full legal capacity."

The Islamic penal code also functions according to the above age category and hence, allows for death by execution for offending children under the age of 18.

Ironically, "Note 2" of "Article 1210" however, does not recognize the rights of ownership by the hard work of "minors" unless the child has proved his/ her "full legal capacity".

Note -Marriage before puberty by the permission of the Guardian and on condition of taking into consideration the ward’s interest is proper.

The marriage age in Iran allows any girl child who has reached 13 Lunar years of age to be married. The "Note" to "Article 1041" however, would allow marriage before puberty with the consent of the guardian. Taking into account the financial and cultural poverty of many poor families who struggle to support the livelihood of their loved ones, this would only lead to devastating consequences, including death of underage (below 18) girls. The recent death of a Yemeni child bride, age 8, of internal bleeding, is a prime example of such catastrophic consequences to the victim and her family.

Sec. 79. It shall be prohibited to employ any person under 15 years of age.

However, under “Chapter XII, Miscellaneous Provisions, section 188”, and 168 the above Article is nulled by the following “Provision”:

“Any person subject to the Civil Service Act or to other special laws and regulations, and any worker in family workplaces where work is performed exclusively by the employer, his wife and his blood relatives in the first degree, are not subject to the provisions of this Code.”

According to The religious jurisprudence laws and in the particular case of children’s punishments by the parents, the law allows the parents to physically punish their children, but not beyond the limits of correction! This means that violence towards the child to the limits where death may occur, is permissible.

Note 1 -A child is a person who has not reached the age of puberty as stipulated in Islamic "Shari'a".

Note 2 -If, in order to correct child offenders, corporal chastisement is deemed necessary, it must be moderate and expedient.

Since 1990, The Amnesty International has reported 21 cases of execution of children under the age of 18. Eleven cases related to children who had not yet reached the age of 18, while the remaining ten child victims had endured life in prison until they were 18 years of age before they were executed.

We demand the abolition of Islamic Republic of Iran’s penal laws against the children as described in "Article 1210 of the Civil Code", with respect to the age of majority.

We demand the abolition of death penalty in its entirety.

Article 37 of the Convention on the Rights of the Child, to which the Islamic Republic of Iran is a State Party to, clearly states that:

“No one is allowed to punish children in a cruel or harmful way. Children who break the law should not be treated cruelly. They should not be put in prison with adults, should be able to keep in contact with their families, and should not be sentenced to death or life imprisonment without possibility of release."

Another specific case of violation of children’s rights in Iran is the disastrous condition of Afghan children and children who are born through marriage with Afghan men living in Iran. Section 2 of Article 976 of the Civil Code defines an Iranian subject as: “Those born in Iran or outside, whose father is Iranian”. By this definition, any child born as a result of marriage between an Afghan man and Iranian woman will not be recognised as an Iranian subject and hence will not be allowed to have an Iranian Birth Certificate.

With reference to official statistics, in the province of Khorasan alone, there are 56000 children whose fathers are of Afghan origin with Iranian mothers, who have been denied to be issued with a Birth Certificate. Due to such reactionary discrimination, these children, amongst other Afghani children living in Iran, are deprived from education and hence drawn into enduring the harsh and hostile environment of child labour market in Iran. We demand that all such children are issued with a Birth Certificate without any delay, with open facilities of free and mandatory education of prime standards.

The Centre for Children’s Literature, Darvag

The Association for the Abolition of Child Labour