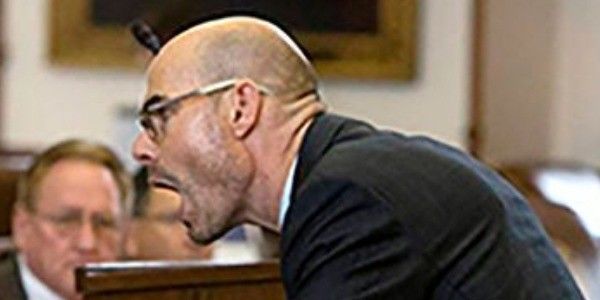 Since Speaker Dennis Bonnen (R-District 25),  took the reins in the Texas House, he has obstructed the Republican/Conservative agenda the people of Texas voted for. He has used his position to defy the will of the people of Texas. He has used the gavel to ram through his personal agenda in conflict with the majority of the electorate and has attempted to intimidate those Representatives who are keeping their promises.

Dennis Bonnen has abandoned conventional transparency standards which make individual lawmakers more accountable to their constituents. He has and is set to kill bills that are important to Texans. He has done at least an equal amount to harm to Texans as his predecessor who was censured. He has caused the people to mistrust their government and lose faith in the Republican Party.

We the people of Texas demand a vote of no confidence and that Dennis Bonnen be censured and removed from the position of Texas House Speaker.

• Rammed through SB11 putting mental healthcare into the school system, which opens the door to our kids being taught the leftist agenda, including sex education, abortion, transgenderism, etc. Also labeling our kids to effectively steal their 2A rights.

But hey...18-20 yr olds can't buy cigarettes or vape anymore, but they are old enough to vote and serve in the military. This is how we lose young voters.