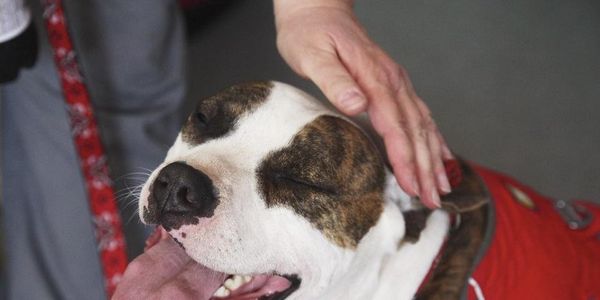 No BSL in Dallas

During the May 20th Dallas City Council meeting District 4 Dwaine Caraway and District 5 Rick Callahan mentioned banning pit bulls in Dallas, Texas. Let's nip this in the bud now! Sign today to ensure this doesn't become anything beyond uneducated comments.

On May 20th when Dallas City Council representatives Dwaine Caraway and Rick Callahan mentioned banning pit bulls in Dallas it was in response USPS representatives who were there as part of Dog Bite Prevention Week. The Postal Service , the medical community, veterinarians and the insurance industry were working together to educate the public that dog bites are avoidable, including addressing city councils across the country. Like last year, the USPS was back to ask for the City’s continued support. Randall Joines, the USPS representative who spoke, shared the “marked improvement” their collaboration with Dallas Animal Services has had to avoid injuries. One impressive example was the Cesar Clark station who last year at this same time had had 13 injuries, this year to date there have been no injuries. Sierra Pryor, a letter carrier who was attacked and bitten last year, asked for community members to “work collectively to avoid injuries”. Who wouldn’t agree that the current approach is working?

Although Texas does not allow bans on breeds and a change to state legislation would be required to allow Dallas to introduce breed bans, it is concerning that two Dallas city council members think banning pit bulls will solve the loose and dangerous dog problem in Dallas. We encourage all city council members to look at how current city ordinances regarding loose and dangerous dogs can be enforced, and to continue to support the collaborative effort between the USPS and Dallas Animal Services.

The Postal Service asks for the community’s help in reducing dog bites by:

Response from I’m Not a Monster: http://imnotamonster.org/dallas-bsl/

In 2011 Dwaine Caraway gives key to the City to Michael Vick: http://www.dallasnews.com/sports/super-bowl/local/20110207-dallas-official-gives-michael-vick-key-to-the-city-draws-anger.ece

Care2
No BSL in Dallas
SHARETWEET