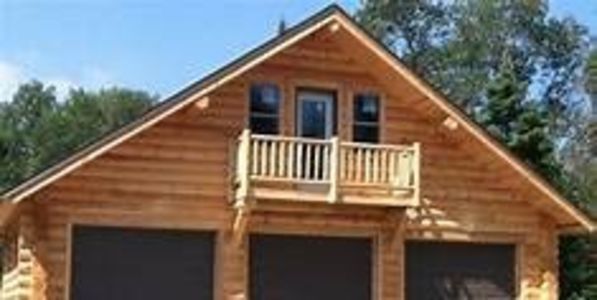 We are tired of being abuse by the system for being low-income, subsidize or section 8 tenants

We are tired of being low-income tenants and being abused by the community and other tenants. If it is not their community. It is their hood. If it is not their hood, you are low-income. If not low-income you are section 8. If that does not work out then you are crazy, mentally ill, institute and type of verbal abuse ongoing. If none of that is successful. It is hollering that you is a smelly tenant. And if that is not enough for you to roll into self-destructive depression on top of all the previous abuses. Most likely the surrounding tenants will complioce in ongoing verbal abuse, long distance or local phone calls to claim that you just hearing voices and even possible threast will incur. We are tired of being harassed out of apts, chased out of jobs, and bullied, mocked around from govt rental because of other ways, he says and she says kindergarten feud. Tired of being insulted by the neighbor next door as if we were in the same bed and same shower. Tired of being degraded and mocked out into the streets to vague by strangers and again he says and she says. Tired of being called names. Tired of screaming back and forth from apt to apt and just being label as a schizo who is hallucinating just to get your housing jeopardized. Tired of being forced to behave animalistic or irrational at my age. Tired of making phone calls and getting disrupted by a neighbor who has nothing to do with the conversation but later claims he/she did not say and yet brought to your ears in the public. Harassment in behalf of people who gave you nothing but yet worked hard in disallowing you to have it.  We already struggled for the bit that we have. People whom at some point you had confrontations with. misconception, passed stories, disagreements, annoyance, and moved on with your life and found your bit these same people want to see you nude in the streets. These people want to whore you, abuse you further, think for you, talk for you, and trash your life into their disgraces. But do they know when to stop? This has been over and over and over and over and over again. Telling you from their apartments day, after day, after day, after day, for weeks, months, years, But when does it end. It is not voiced.  Commenting where to go and where not to go. And commenting our privates as if a nation has been in it. And disrupting your personal and normal essential life. Many of you is in the shelter for the same reasons or worse. I have heard stories where women come to NYCHA speeching that they had received letters that their vouchers were expired for non-reporting work. They showed a one-year receipt of the report of work and yet she was done. There was no way that she can talk to them in reversing the expiration because of their own error versus their enforcing to court to dispute her vouchers. But she was there at Nycha with her receipt that they claimed she did not report. Why lose her voucher and why court escalation. There were others who were at florida chased out because of their neighbors watch them in and out and who and what and where. She was sitting in a shelter. One worked there in section 8 and was also sitting in a shelter due to harassment in Florida. These is their stories of these two women. The woman of the one year's receipt. I was sitting in the waiting room at NYCHA! In my case, I paid three years of rent more than I should had because I was no longer working. So paid more than my 30% and it was not until I was exiting out the door that they did not fix it. In other words, I had no income because it all went to the rent, and barely could pay even the light bill. It was my case of paying more than I should've. People want you to have nothing. They think the moon and the sun and the sky also belong to them and that is exactly what this worldly ulcer is all about. Them, them and them instead of us, our business, our duties. But here I am. Feel free to sign and comment and try to be the truest as if was going to a lie detector. Yes lie detector, because I will send all these signatures if any, and sufficient to agencies so they know some things need to stop. And they know that everyone out there freezing is not because they are just crazy. Many evils do exist. For you to see a man in a wheelchair with no legs freezing out there black or white. And for you to consume my life with your nonsense is very annoying. Will be going to the Whitehouse as well. Together we can do it. We do not have to like each other. I am no one important. Just a truth agreement of signature that will let them know. Yes, this did happen and it needs to be improved. Because the system is run by people and it has been very damaging, untruthful, destructive, and egotistical by human nature. It is better to individually focus on your own instead of disgracing others. It is better to think improvement for all and not an ongoing comparison nightmare. Yes, a nightmare for one or for a few. Landlords rent then degrade and defame. Do as they please and no comply with rental policies but instead abuse as well. One thing in common. It is that they all get paid for a service that they providing unethically.

Care2
We are tired of being abuse by the system for being low-income, subsidize or section 8 tenants
SHARETWEET