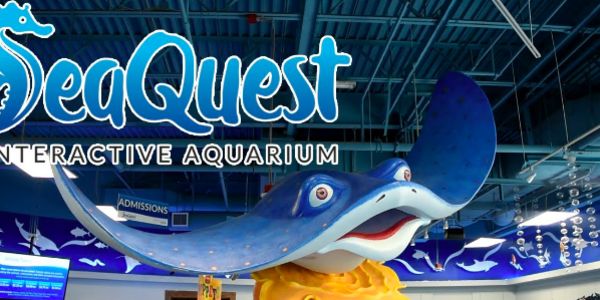 This Aquarium Openly Neglects and Abuses Animals, But Still Might Get a New Location

Those are just some of the horrors from SeaQuest Interactive Aquarium's checkered past. Unfortunately, despite ample evidence of cruelty and neglect at various SeaQuest locations across the country, Fort Lauderdale, Fla., is poised to open a new location at The Galleria mall.

But it's not too late to stop it! Please sign this petition urging the city of Fort Lauderdale to deny SeaQuest's plans and prevent them from opening a new location.

Keeping animals captive is stressful enough for animals, but when you add abuse and neglect, it's downright cruel. At SeaQuest's Portland location, more than 200 animals have died from "starvation, infections, a power outage, attacks by incompatible tank mates, getting caught in drain screens, being hit by falling rocks, escaping from their tanks" — all causes that were avoidable with just a little bit of care.

On top of completely disregarding the animals, SeaQuest CEO Vince Covino and his brother Ammon Covino both have a complete disregard for the law when it comes to their dealings with aquarium management. Vince has a history of investment violations, while Ammon has repeatedly been in trouble with the law for illegally buying animals and selling them to aquariums.

SeaQuest is a disastrous business that openly exploits and abused animals with only its bottom line in mind. We must stop another location from opening.

Please sign this petition demanding that Fort Lauderdale stop SeaQuest Interactive Aquarium from opening now.
Sign Petition
SHAREShare this petition with friends!TWEETEMAILEMBED
Sign Petition
See more petitions:
You have JavaScript disabled. Without it, our site might not function properly.

Care2
This Aquarium Openly Neglects and Abuses Animals, But Still Might Get a New Location
SHARETWEET