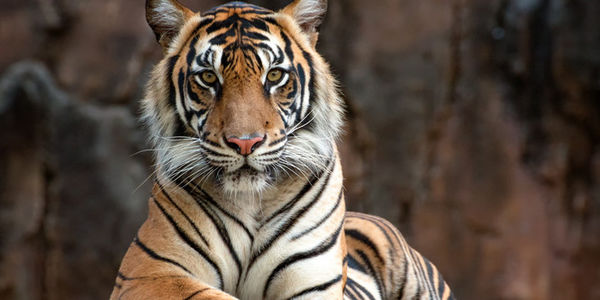 As if the murder of endangered wild animals couldn't get worse — now people are getting away with it using their phones. It's a new phenomenon called "cyberpoaching" and it's raising the stakes for conservation efforts.

Many endangered animals, including rare Bengal tigers, lions, elephants, rhinos, sharks, and more are protected by teams of people dedicated to ensuring their survival and well-being. As technology becomes more and more advanced, these teams are increasingly turning to high-tech solutions to help protect these animals — for example, by exchanging encrypted messages tracking the GPS coordinates of these precious, highly-monitored animals.

But now, here come the malignant hackers. And they are using all their skills to crack these encryptions, revealing the locations of these vulnerable animals to those who seek to kill them.

Sign the petition to demand that the United States and European Union act now!

Even though hunting endangered species is illegal in most places, these animals' skins, bones, fur, and more are highly sought-after prizes. Experts estimate that the illegal trade in wildlife bodies accounts for more than $20 billion in criminal profits every single year. Directly because of illegal poaching (and climate change), the Earth is facing its sixth mass animal extinction.

If we don't act fast, these poachers and their hacker friends will get more and more sophisticated, breaking through all manner of cyber-protections set up to keep endangered wildlife safe.

Luckily, "good guy" hackers are on the case and fighting back to help save the wildlife. Kind-hearted software developers have teamed up to create a system called "Hack the Poacher," which can help stop animal-murderers in their tracks. Using poachers' cell phones and radio frequencies, this system can actually detect a poacher's presence and alert nearby patrols. This is an ingenious way to flip cyberpoachers' tactics on their head and protect tigers, lions, elephants, and more from winding up as just more defiled carcases for sale.

What we need now is to make sure the Hack the Poacher team gets as much funding as they can, so they can provide this vital software to every wildlife conservation team in the world.

Tell the United States and European Union to provide much-needed funding for this Hack the Poacher platform, so we can find the poachers — before they find and destroy irreplaceable wildlife!
Sign Petition
SHAREShare With FriendsTWEETEMAILEMBED
Sign Petition
See more petitions:
You have JavaScript disabled. Without it, our site might not function properly.