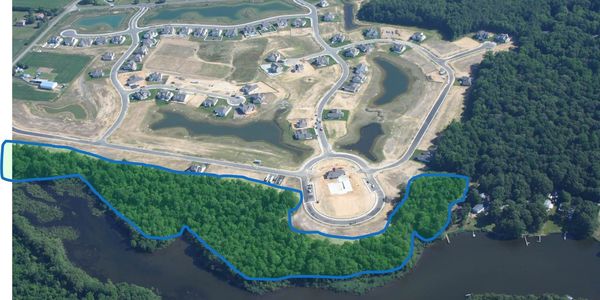 Petition Title:
Increase the Extent and Width of Forested Buffers Between Wetlands & Waterways and New Developments in Sussex County
The issue:
The current County ordinance requiring buffers between new developments and wetlands and waterways of Sussex County can be improved to protect residents, visitors, and businesses from damaging floods, sea level rise, and pollution.
As the lowest lying state in the nation, Delaware is faced with increasing flooding from sea level rise, threatening both existing and proposed communities. Currently 20% of Sussex County properties are within identified floodplains. Increasing coverages of impervious surfaces and more-intense rain events contribute to destructive flooding, often causing property damage or resulting in temporarily inaccessible areas.
It is also no secret that 90% of Delaware's waterways are polluted from excess nutrients and toxins and that nutrient pollution to the Inland Bays and most major rivers in Sussex remains far in excess of healthy limits. Even after 20 years of regulations designed to attain reduced nutrient pollution, 2,427 pounds of nitrogen pollution over the healthy limit is entering the Inland Bays on a daily basis, contributing to algal blooms, fish kills and poor water quality.
From 1938-2007, the Inland Bays lost an average of 50 acres of salt marsh a year: marshes that could be absorbing floodwaters and filtering pollutants, if they had been allowed to thrive unimpeded. Around the Inland Bays, nearly a square mile of wetlands was lost over the 5-year span between 2007 and 2012.
Forested water quality buffers can help. These areas of forest are maintained between wetlands and waterways, and developments. They protect wetlands and waterways from human impacts and provide aesthetic benefits. For buffers afforded by County code to improve their beneficial functions, however, their extent and width must be increased to match science-based recommendations.
Sussex is not alone in facing these issues and can benefit from approaches taken by nearby jurisdictions. Currently, Sussex County does not require any buffers for non-tidal wetlands, or headwaters while Kent and New Castle County Delaware and the State of New Jersey all have buffer requirements to protect these wetlands and waterways. Regarding important tidal wetlands and waterways, Sussex County's buffer widths are only 50 ft. which is less than half the wetland buffers in neighboring states. The neighboring states of Maryland and New Jersey require wetland buffer widths up to five times larger than the existing Sussex County requirement. Because the economy of Sussex County is based, in large part, upon its water resources and development, more extensive buffers can benefit local residents, visitors, and businesses alike.
The following buffer recommendations below are based on scientific studies that aim to maximize the benefits of the wider buffers while taking into consideration the needs of Sussex County's residents, visitors, and businesses.
○ 80-300 feet for tidal wetlands and waterways
○ 50 feet for non-tidal wetlands
○ 35 - 80 feet for small streams
○ 80 feet for large streams

When implemented, more extensive and wider buffers will:

● Protect wetlands from physical encroachment of development
● Reduce pollution to bays, creeks, and ponds by removing up to 80% of nutrient pollution from waters flowing through them.
● Protect existing and new developments from flooding and coastal storms
● Preserve high quality natural areas and open spaces as amenities in new developments
● Support fisheries by protecting wetland habitat for spawning
● Help protect a diversity of rare plant and animal species concentrated in wetlands
● Maintain the picturesque natural beauty, character, and heritage that attract tourists and residents to Sussex County

Please sign this petition to let Sussex County Council know why you support a newly proposed amendment to increase wetland buffers to protect and preserve our natural areas.