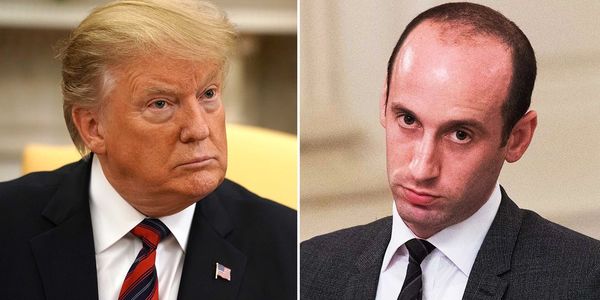 On November 12th, the Southern Poverty Law Center released a damning summary of more than 900 email messages sent to former Breitbart editor Katie McHugh from Stephen Miller, now one of President Trump's most powerful senior advisors in the White House and the point man on national (anti-)immigration policy.

Those emails – essentially talking points for Breitbart "news" pieces – reveal Miller's alarming commitment to promoting white nationalism and white supremacy, including the advancement of the thoroughly debunked conspiracy theory surrounding "white genocide" being perpetrated by non-whites in the US and beyond.

McHugh, who was fired by Breitbart in 2017, has since disavowed her association with Breitbart, far-right conspiracies, and issues related to white nationalism, shared the trove of correspondence with Miller in an effort to highlight the severity of the situation as it relates to current US immigration policy.

Miller repeatedly sourced xenophobic topics and racist talking points from known white supremacist sources, espousing a platform of hate that eventually weaseled its way into the Oval Office, where we has been the chief architect of many of Trump's most bigoted policies including the Muslim ban, family separation, immigrant arrest quotas, and mass raids on migrant families.

The New York Times' columnist Jamelle Bouie wrote, "[T]here's no way to spin these emails into something innocuous. The evidence is overwhelming: Miller was immersed in white power ideology. He was fluent in the language of white nationalism, attuned to its ideas. He was an obvious sympathizer who brought that sympathy to the federal government, where he has a direct hand in making immigration policy and choosing personnel."

Stephen Miller is a stain on America's highest ideals of inclusiveness and equality, and his presence in the White House is a key obstacle that keeps them out of reach. Demand his resignation from the Trump administration and insist that Congress investigate him for fanning the flames of hate through official US policy.