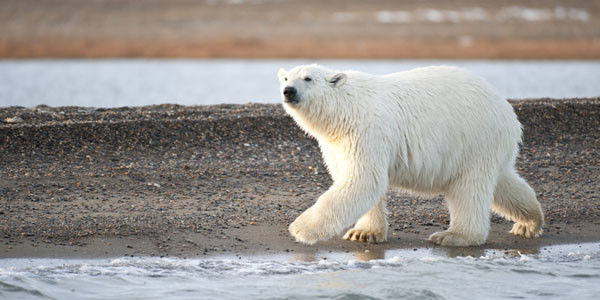 *CARE2 UPDATE* As of Monday, August 17, the Trump administration is moving ahead with plans to open up the Arctic Nationa Wildlife Refuge (ANWR) for gas and oil drilling, a decision that will threaten countless animals, and will have long-lasting, detrimental effects on our environment. They plan to have the first auction to lease out these precious lands by the end of 2021. We cannot let that happen. Please keep sharing and signing -- Congress has passed the Arctic Cultural and Coastal Plain Protection Act, but now it needs to make it through the Senate!

For decades, Americans have recognized the value of preserving the Arctic National Wildlife Refuge, which was first officially protected under President Eisenhower in 1960.

It has since been expanded, and now encompasses 18.9 million acres, with eight million acres officially designated as wilderness — where "the earth and its community of life are untrammeled by man, where man himself is a visitor who does not remain."

Not only does the refuge provide habitat for an amazing international Porcupine caribou migration, but also for hundreds of species of migratory birds who travel to every state across the U.S. and beyond every year. It's home to grizzly bears, black bears, wolves, Arctic foxes and muskox, among many other species, and provides critical denning habitat for imperiled polar bears.

The 1.5 million acre coastal plain is considered the heart of the refuge, referred to by the indigenous Gwich'in people who live in and around the refuge as the "the sacred place where life begins."

Unfortunately, the coastal plain, which is also known as the "1002 area," is believed to be sitting on oil and gas reserves that others have been working tirelessly to get their hands on. For more than 30 years, Congress has been pressured to open the coastal plain to oil and gas exploration and development without success, but it's become a very real possibility under the Trump administration.

Not only would this cause irreversible destruction to this untouched landscape, it would put wildlife at risk and violate the rights of the Gwich'in people.

Now, however, members of Congress are acting to ensure this wilderness stays protected with the introduction of the Arctic Cultural and Coastal Plain Protection Act.

This legislation would repeal a controversial provision that was added at the last minute to the GOP-led tax bill that passed in 2017, which didn't just allow for oil and gas drilling in the coastal plain, it mandated two oil and gas lease sales there by the Department of the Interior within 10 years.

Please sign and share this petition urging members of Congress to pass this critical piece of legislation to protect this vast expanse of wilderness from being destroyed for short-term gains under the Trump administration.