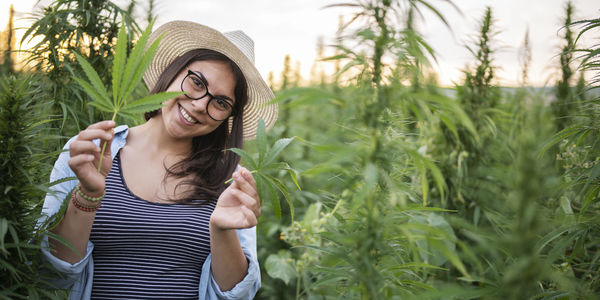 The U.S. Government Must Finally Decriminalize Marijuana Throughout the Whole Country

Care2 Update (10/18/2022): Earlier this month, President Joe Biden officially pardoned more than 6,500 people who had been convicted in federal court for simple possession of marijuana, and multiple thousands more will also be pardoned through D.C. law. This means they will also have full civil and political rights restored, meaning better access to housing, educational, and employment opportunities. This is huge news -- and a big step in the right direction! Now, Biden must work with Congress to fully decriminalize and legalize marijuana throughout all of the United States!

Recreational weed is now legal in 21 U.S. states and territories, and medical marijuana has been legalized in over a dozen more. But marijuana is still criminalized at the federal level, despite widespread support for legal marijuana by voters on all sides of the political spectrum.

Sign the petition now to demand that Congress lift federal prohibitions on marijuana!

For fifty years, cannabis has been illegal in the United States, and the consequences have been catastrophic. Tens of millions of Americans have been thrown into prisons and jails across the country for using, possessing, or selling a drug that contains medicinal properties and carries far lower risk for inciting violence than alcohol. As a result, a shocking number of American children have grown up with an incarcerated parent. Meanwhile, those incarcerated parents have suffered from political disenfranchisement, difficulty re-entering the workforce, and chronic poverty as a result of their time behind bars.

The decriminalization - and ultimate legalization - of marijuana is also, crucially, a racial justice issue. The War on Drugs was an explicitly racist project which targeted Black and Brown Americans, even though all racial groups use drugs (including cannabis) at the same rate. If these legislators truly care about ending systemic racism in any meaningful way, they must decriminalize marijuana at the federal level without delay.

On top of that, patients with chronic pain and illnesses deserve access to this natural drug that can relieve countless symptoms. Research shows it can help reduce anxiety, pain, inflammation, and epilepsy symptoms, as well as nausea and vomiting from cancer and chemotherapy treatment, and more. Providing easier, legalized access to marijuana could bring a huge quality of life improvement to these patients.

There is absolutely no reason for Congress to delay passing this landmark legislation. Legalizing marijuana would be a win for the justice system, the economy, racial justice, human health, and human rights. We must put pressure on federal legislators to act quickly and pass this bill immediately! Sign the petition now if you agree!
Sign Petition
SHAREShare With FriendsTWEETEMAILEMBED
Sign Petition
See more petitions:
You have JavaScript disabled. Without it, our site might not function properly.

Care2
The U.S. Government Must Finally Decriminalize Marijuana Throughout the Whole Country
SHARETWEET