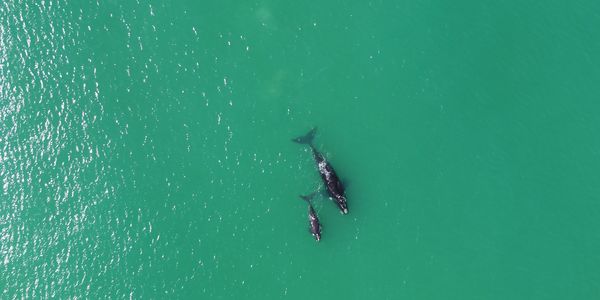 These Fisheries Are Killing So Many Right Whales That They May Disappear Forever!

Nothing says luxury quite like a lobster dinner. But you might find it less luxurious if you knew that the lobster found in our supermarkets and restaurants were put there at the expense of an entire species of whales. That's right - the lobster fishing industry in the United States is slowly but surely chipping away at the only 411 North Atlantic right whales left in the entire world.

This has all come to light due to a lawsuit against the NMFS, a U.S. federal agency, which claims that it failed to disclose how many whales were at risk of harm or death due to fishing activities. Although scientists unanimously agree that only one right whale fatality per year can be sustained and still allow their population to survive and grow, the NMFS thought it best to brush over the estimated 3.25 whales being killed per year when they submitted a biological opinion in 2014. The North American right whale is protected under the Endangered Species Act (ESA), of which the NMFS's actions are in clear violation.

This high death rate for individual whales is a death sentence for the entire species, and the deception that followed is simply shameful.

It is estimated that up to 85% of all right whales still living have horrendous scars and injuries from entanglement in lobster fishing equipment. The ropes from cages and gillnets slowly and torturously cut into the whales' skin. Best case scenario, they leave with injuries or dragging cumbersome, restrictive, and heavy equipment with them. Worst case, the magnificent creatures drown or starve.

Luckily, a federal judge recently ruled in favor of the plaintiffs, holding the federal agency at fault for the deception. He said this was "as straightforward a violation of the ESA as they come." But the NMFS says that is a "deeply disappointing decision," and are currently reviewing their options while consulting their own legal teams. It is clear what that means - the NMFS, worried for the profitability of the lobster fishing industry, will do whatever it takes in order to continue to operate as they please. If this is the course of action, there is hardly a shred of hope for the North Atlantic right whale.

Please sign the petition - the NMFS must take every necessary action in order to preserve the lives of the remaining 411 North Atlantic right whales. No lobster dinner is worth the loss of an entire species.
Sign Petition
SHAREShare With FriendsTWEETEMAILEMBED
Sign Petition
See more petitions:
You have JavaScript disabled. Without it, our site might not function properly.

Care2
These Fisheries Are Killing So Many Right Whales That They May Disappear Forever!
SHARETWEET