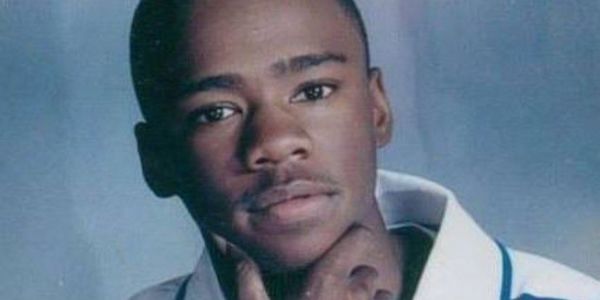 *If you do not want to share your data, make sure you select 'don't display my name.'

Numerous names have flooded social media as we advocate for innocent lives lost at the hands of police. However, there are names that have slipped through the cracks over the years. This is especially true in high crime areas like Chicago's southside. The high crime turnover rate in Chicago, the systemic neglect of southside neighborhoods by city officials, and the racial segregation that divides one of America's hottest tourist attractions, makes legal and social recourse difficult, if not impossible, as many African Americans are simply trying to survive the city.

This petition is about one of those needlessly lost lives and the memories of a mother who can never forget. A mother who has repeatedly tried to discover more information on her son's killing, only to find herself lost in a bureaucracy where officials talk around her rather than to her.

In September 2008, Marvin Williams, a 17 year old Chicago resident, was gunned down by a police officer in Englewood. Marvin, like many 17 year olds, enjoyed video games, good music, good food, and making his family laugh.

Although Marvin was running away, the community could not understand the needless decision to kill him. An eye witness testimony called the police officer "trigger happy." Southside Chicagoans are too often exposed to crime, more often than not by happenstance, and it gives them an intimate understanding of what normal police procedures look like and what is unwarranted police brutality. So, when the eye witness saw Marvin gunned down, she immediately knew the situation could have been handled differently. However, the Chicago Police Department has offered no justice for the family of Marvin Williams. A family who will never hear his jokes again. A family who will never play video games with him again. A family who will never get to celebrate his achievements and who will never get to hug him during family get-togethers.

Eight years later, police brutality in Chicago has escalated so much that, when the Laquan McDonald case surfaced, the head of Chicago's Independent Police Review Authority (IPRA) outsourced the case. She did so because she knew the public would not trust the IPRA's decision. Within those eight years, nearly 400 Chicagoans had been shot by police officers, and the IPRA rarely sustained a complaint against an officer or recommended adequate punishments. We must put a stop to this kind of injustice.

Alleviating injustice in Chicago is not only important for individual cases like Marvin's, but speaks to how we treat communities as a whole. The black community has been a part of Chicago since before it was a city. As all tough midwesterners do, they have stood by the city through both good and bad times. A number of famous people who have contributed to both American culture and our history once called the Chicago black community their home. So, why not do more to protect them?

By adding your name to this petition, perhaps we can set forth real change in these communities, a protective change which reminds police officers that if you kill without cause, it is murder, and we will not let you go without punishment. People deserve to breathe free everywhere. Sign this petition to reopen Marvin Williams's case and to prosecute the officer who shot him. To gun down a young person is not a punishment, but a crime.

Let us find justice for Marvin Wiliams, for his mother, for his family, for his community, and for a better Chicago.