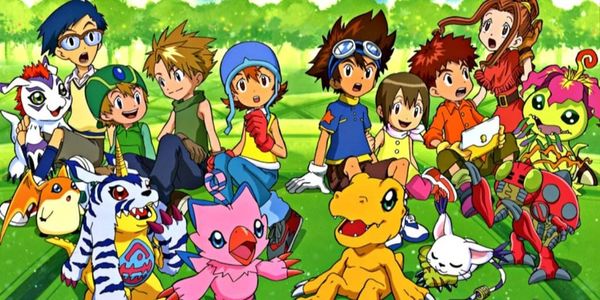 Attention all anime fans who interested into Pokémon or Digimon!

We need all 20,000 signatures to reach the goal, and once you sign this petition and when we get all 20,000 signatures, then all these signatures will be sent to Viz Media so they can let Starz Media and Toei Animation sell the rights of the Digimon anime and purchase the rights to make fully uncut English dubs of four Digimon seasons. There will also be uncut English episodes being dubbed by a recording studio in New York so that there would also be behind the scenes footage of people recording the lines, and it would also be featured on DVD and Blu-ray releases. And besides, however, all the uncut English dubbed episodes of 4 Digimon anime seasons are going to be complete with original Japanese versions with dubbed voices along with original Japanese music much better than Udi Harpez' musical score in the original Digimon dubs produced by Saban Entertainment. Udi Harpez was a music composer who composed orchastral music scores for the Digimon anime dub back in 1999 to replace Japanese music due to censorship and editing. But the original Japanese music with moments of silence will be used in 4 Digimon anime seasons dubbed in English for the very first time. We would also love to see Viz Media release DVD/Blu-ray releases of 4 Digimon seasons fully uncut and uncensored, and for the very first time, dubbed in English, in original Japanese versions, with deleted scenes added, along with all the scenes that were cut from the original Saban dub, with extra bonus features of the original behind the scenes footage of Toei animators working on a Digimon episode, a bonus episode of Digimon Adventure Psi. (2020) with English subtitles, interviews with all the original and new voice actors from the Digimon dub, audio commentaries, photo galleries with model sheets and photos from episodes, and as a collector's edition for anime collectors, there would be a free T-shirt, a free digivice toy, and a free Tai and Agumon plush toy. Crunchyroll will also get access to release fully uncut English dub episodes of Digimon for their streaming service as well. Manga Entertainment UK will also release Digimon uncut English versions on DVD and Blu-ray as well for collectors. We remember watching Digimon as children back in the day as well as Pokémon in late 90's and early 2000's, but now is the time to bring in the uncut and uncensored English dubs of Digimon for the very first time. Please sign this petition right now, keep all your fingers crossed, make all your dreams come true, and let us get ready to make fully uncut, unedited, and uncensored English dubs of the entire Digimon anime series from Adventure 01 to Frontier. MAKE THIS HAPPEN, FOLKS! THIS IS GOING TO BE GREAT! So get digital to sign this petition now until we reach our goal to 20,000 signatures. Thank you!