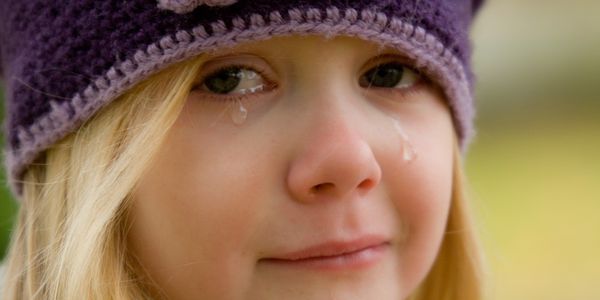 There is a cover-up occurring in another powerful, venerated, institution, which in many ways mirrors the practices that facilitated the Catholic Church child abuse scandal. For decades, in Family Courts across the nation, women who have tried to protect their children from an abusive father have been attacked and battered by a ruthless system which dismisses or ignores physical abuse, verbal threats, and even documented criminal histories of fathers in a obsessive effort to attain their stated goal - joint custody at all costs. Money too, fuels the atrocities in the courts. This isn't about good fathers, it’s about the money used to facilitate abusive men. Father's Rights groups (often fronts for male supremacists and abusive men who want to control their families or strike back at the mothers) have fought vehemently to cement shared custody as the default mandate in Family Courts and although their agenda seems reasonable and their image as good, fit fathers benevolent, it belies an ugly essence of hatred, misogyny, and revenge. These cases are often euphemistically described in the media as "high-conflict," but the reality is that the father is often abusive, controlling, and dangerous, something that Family Court refuses to acknowledge as they push for shared custody. Endemic legislative policies and procedures in Family Courts endanger and destroy children's lives, and in the worst cases lead to their murders. Family Courts operate with impunity and no oversight, disregarding existing laws designed to protect victims of domestic or child abuse. Institutionalized policies and doctrines countenance and enable the perpetrators while the system covers up illegal rulings and criminal conspiracy by imposing gag orders, fines, threats of loss of custody time, or jail time on women and their children and serve to justify enforced, continued contact with the abuser.

The sensational cases that are covered in the media, where abusive fathers fight for custody and obtain custody then shoot, stab, beat, strangle, drown, throw the children off bridges or high rises, burn them to death, or “merely” rape, sodomize or otherwise physically abuse their children (two out of thousands of examples are, "Killer wins custody of children after 10 years in prison; guardian fights decision," kdvr.com/2013/05/07/convicted-killer-wins-custody-of-children-guardian-fights-decision/  and "Slaying Suspect's Wife Warned of Risk to Children" , www. washingtonpost.com/wp-dyn/content/article/2008/03/31/AR200833100887.html ) are seen as anomalies and unavoidable atrocities, but in reality it is the fundamental flaws in the institution, the systemic practices and policies, and the endemic graft of complicit cottage industries that result in the murders, suicides, and continued abuse of children. Just as Fathers Shanley, Porter, and Geoghan were seen as aberrations ("bad apples") in the Catholic Church scandal rather than manifestations of a debased system, the media does not link the vast numbers of cases which follow the same identical pattern to the individual cases covered in the stories, thereby unmasking an appalling system that is awarding rapists, registered sex-offenders, domestic violence abusers, drug addicts, and even convicted murderers joint or sole custody of their children. These cases are symptomatic of the underlying dysfunctional and corrupt processes of all Family Courts in every state in this country (and the many other places around the world).

There are many highly esteemed authorities who have correctly identified the Family Court “epidemic of judicial abuse” and extortion by court assigned experts, all operating without accountability. Congressmen John Conyers, Jim Costa, and Ted Poe have hosted Congressional Briefings on this issue. Former Attorney General Eric Holder stated at the National Summit on the Intersection of Domestic Violence and Child Maltreatment on June 2009, “Why are mothers who are the victims of domestic violence losing custody of their children to the courts…?” Former White House Advisor on Violence Against Women, Lyn Rosenthal, spoke at a conference in Washington D.C. in 2013. The United Nations has sent the first ever fact-finding human rights mission to the United States to look into discrimination against women in law and in practice http://www.ohchr.org/EN/NewsEvents/Pages/DisplayNews.aspx?NewsID=16820&LangID=E . UltraViolet, the online women's rights organization, is aware of this issue as well, and highlighted one such case on Nan-Hui Jo, a survivor of domestic violence, who was found guilty of child abduction and faced permanent separation from her six-year-old daughter.

Over the last thirty years, women trying to protect their children from an abusive father in Family Court have become hostage to a biased and corrupt conglomerate of legal and social institutions that ravages them without restraint. For the children who are traumatized, battered and abused, and the mothers who are desperately trying to protect them from a court system that gives abusive men entitlement to these children, please sign my petition for a Congressional Oversight hearing to investigate this issue. Women and children are suffering nationwide, victims of an unfettered system run amok. Public exposure to stop this enormous human rights abomination must occur, someone needs to put all the pieces together and clearly and powerfully expose the scandal that is on-going in our nation’s custody courts.