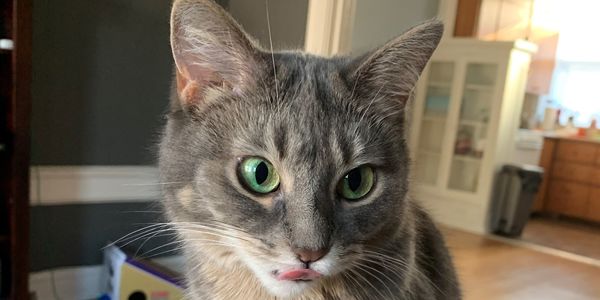 Luna the cat was abducted, but her owner isn’t giving up hope!

Having your car stolen is disorienting and violating, but it's just property -- you can be compensated for that kind of loss. But what if something -- or someone -- irreplaceable was inside? For two pet owners in the Chicago area, this was exactly the case. They were victims of separate carjackings while they had their precious cats with them. One of the families was reunited with their sweet Opal, a fuzzy white cat with eyes that match her name. But Luna, a gray and orange tabby with the pinkest tongue you've ever seen, is still missing and leaving a hole in her owner's broken heart.

Sign the petition and ask that the Chicago Tribune and Chicago Sun Times use their immense reach to distribute pictures of sweet Luna so anyone who might have information on her whereabouts will know that she is sorely missed, and where to return her!

That's what Luna's owner told PAWS Chicago, a no-kill humane organization that is offering a donation-funded reward for the kitty's safe return. PAWS has emphasized that whoever is able to bring Luna back into the loving arms of her owners will have no questions asked of them, which is so important. Carjackings are driven by desperation and poverty, and are not violent crimes. Luna's reunion with her family should be based in cooperation and understanding, not punishment. Chicago, where about 20% of the population lives below the poverty line, has seen almost 800 carjackings in 2020. In that same year, the Chicago Police Department's budget was almost 2 billion dollars.

WGN News and NBC Chicago are already reporting on sweet Luna's tragic story, but we need all hands on deck to make sure anyone and everyone knows what the cat looks like and the circumstances of her disappearance. These news outlets make plenty of money from reporting on violence against humans. Let's ask them to use their massive influence to help Luna and her person.

Sign the petition and implore the Chicago Tribune and the Chicago Sun Times to run this story about Luna so that she can be recognized and reunited with her family!

Care2
Luna the cat was abducted, but her owner isn’t giving up hope!
SHARETWEET