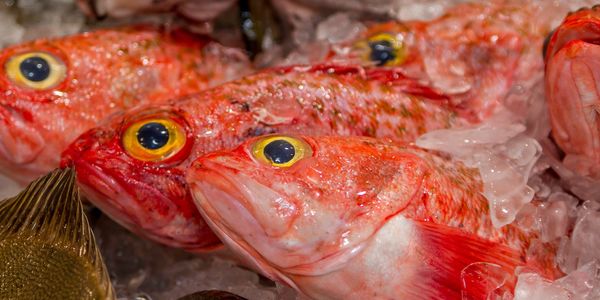 When you think of Australia, you might imagine a tranquil beach protected by coral reefs, or the beautiful Australian bush teeming with animal life. You may even think of the terrible bushfires that destroyed so much of those forests and lands, along with their animal inhabitants, in late 2019 and early 2020. It is estimated that as many as 480 million animals were killed, injured, or lost their homes in these fires. With such a massive loss of life and biodiversity, you would think that Australia would be doing everything in its power to protect the rest of its wildlife. That is, unfortunately, not the case for marine life Down Under. Because of a legal loophole that protects economic profit over ecological interests, highly endangered fish -- like the iconic scalloped hammerhead shark, or the stunning blue warehou -- are being caught, killed, and sold to people all over the world!

The loophole allowing these vulnerable animals to be slaughtered and sold is hiding in plain sight. The EPBC Act protects animals listed as "vulnerable, endangered, or critically endangered" as "no take." This helpful designation means that it is illegal to sell them or export them, so fisheries do not bother to catch them. But some other critically endangered species, like the hammerhead or the warehou, are merely classified as "conservation dependent," and not protected as "no take." The reason behind this seemingly meaningless distinction is actually quite sinister -- it allows the government to pay lip service to the idea of conservation, while allowing money-hungry companies to continue pillaging and destroying precious marine populations. Despite the fact that they are in danger of going extinct, these animals are being commercially fished, slaughtered, sold, and exported.

Tooni Mahto, an Australian marine biologist and conservationist, explains it best: "There's no ecological reason, there's only an economic reason." These species of fish are extremely vital to their marine habitat and the species they coexist with, but they are commercially valuable. So, as long as the Australian fishing industry is making a profit off of them, they could care less if they are doing irreparable damage to the environment and wildlife of Australia. And they clearly have the government in their pocket.

All in all, there are eight marine species that are listed as "conservation dependent" but actually qualify as overfished or critically endangered. These include the bluefin tuna, the eastern gemfish, and orange roughy -- all essential marine species, known for their beauty and ecological impact. These aquatic wildlife are being torn from the ocean and could be lost forever, all to line the pockets of the greedy fishing industry.

Please sign the petition and demand that Australia's Environment Ministers reform the EPBC Act, eliminating the category of "conservation dependent!" These species are critically endangered, and must be treated as such!