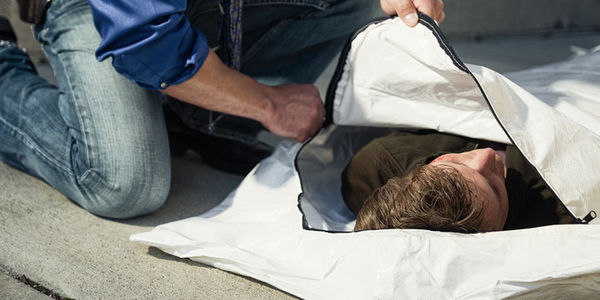 In the span of just 2 and a half days, mass shooters in the U.S. killed more than 8 people, and injured upwards of 60 others. We are only around 3 month in to the year 2022, and already, there have been more than 107 mass shootings in the U.S. Nine of those occurred during a single weekend around March 19, 2022.

Yet many politicians -- who could do something to stop this senseless death and destruction -- continue to do nothing more than send meaningless and downright insulting "thoughts and prayers."

The weekend's horrific spree of violence began on Friday night, March 18, when someone shot 5 people in Louisiana -- including an infant. Things only escalated from there. Virginia saw two large-scale gun attacks on Saturday, leaving 3 people dead and 7 wounded. The body count included a mother of twin boys. Three cities in Texas were the sites of terror, with a teenager killed in Houston while multiple other teenagers were wounded, 10 people injured in Dallas, and another 4 harmed in Austin. Additional mass shootings occurred near a hotel in North Carolina and at a party in Milwaukee, Wisconsin.

But the highest rate of injury took place in Arkansas. There, at a car show, someone opened fire and wounded 27 people, while taking one life. Those shot included six children, among them a 1-year-old baby boy. The Arkansas bloodbath was the largest such shooting in the past two years. The last time so many people were struck and injured like this was in 2019, when a shooter went after customers at shopping locations in Texas.

Why are the people in power -- people who could really do something about all this mayhem, horror, and pain -- content to just sit idly by while body counts grow higher and higher and higher every year? Why are they content to wait until another such tragedy strikes? Surely we should all be mobilizing into action against such increasingly common injustices!

There is no sensible reason why people cannot band together to say ENOUGH IS ENOUGH! No more innocent lives should be loss to such large-scale murder. The U.S. Congress must take on gun violence and ban assault weapons, now! Sign the petition if you want to see our lawmakers finally grow backbones and SAVE LIVES!
Sign Petition
SHAREShare With FriendsTWEETEMAILEMBED
Sign Petition
See more petitions:
You have JavaScript disabled. Without it, our site might not function properly.