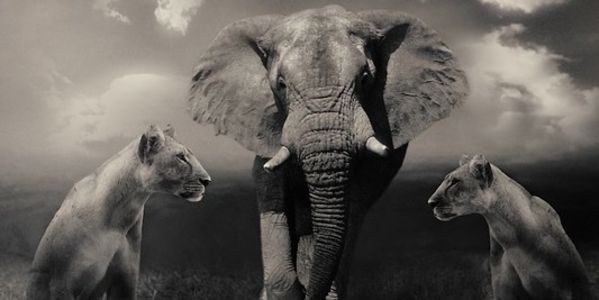 The U.S. Should Demand All African Countries that receive U.S. Aid Should Adopt some type of legislation similar to the U.S. Endangered Species Act within their own countries – or risk losing all Aid from the U.S.

Africa was blessed with unique and magnificent wildlife that is truly a treasure to our whole world. A lot of this wildlife is now on the brink of extinction – for a multitude of reasons.

Responsible U.S. citizens should not sit by and watch the destruction of entire species of African wildlife, as if we have no say in the matter. In 2012, the U.S. gave nearly $12 billion to African countries to provide food and other assistance, as well as help build strong, stable economies in developing African nations. We get little tangible benefits in return for providing them our hard-earned tax money.

Is it asking too much for these same African countries to better protect their own wildlife? African wildlife belongs to the whole world! African wildlife also belongs in the wild - not in roadside zoos or hunting parks or circuses or bred in captivity for the harvesting of body parts or kept in private homes as "pets".

Therefore the U.S. should insist that any country that gets U.S. foreign aid, have legislation in place, and have verifiable proof that their laws are indeed working to protect and sustain African wildlife. This proof needs to be scientific backed evidence, verified by independent scientists and researchers. For example, captive breeding programs are known to foster inbreeding, spreading of disease and produce a less than optimal gene pool for any species. A better option would be for these countries to model their laws after the U.S. Endangered Species Act, which has shown to work when it is followed.

If African countries do not want to comply with this requirement, then that is entirely their choice. Just do not give them my hard-earned U.S. tax dollars!

We cannot let the extinction of such beautiful African animals happen on our watch! The whole world needs to be concerned and start doing what they can to ensure this does not happen!

The time to act is NOW!  We cannot let extinction happen on our watch!

The vast majority of citizens of the U.S. are extremely concerned at the plight of African Wildlife in general.

Therefore we are urgently requesting that the U.S. Should Demand All African Countries that receive U.S. Aid Should Adopt some type of legislation similar to the U.S. Endangered Species Act within their own countries – or risk losing all Aid from the U.S.

The U.S. consistently comes to the aid of people across the world.  It is way past time that as a nation, we come to the aid of Africa's wildlife - before it is too late.