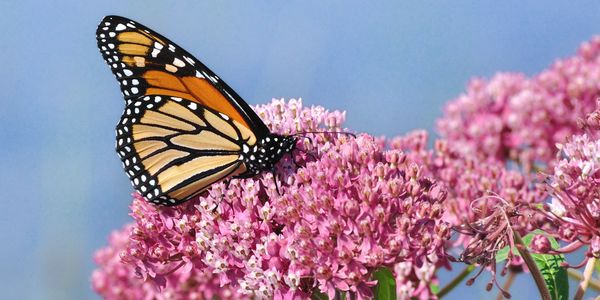 The beautiful, iconic monarch butterfly is introduced to most people in early childhood, whether it's in a picturebook or someone's garden. Their captivating colors and beautiful pollinating role in our ecosystems captivate the attention and imaginations of kids and adults alike. But the monarch butterfly is plummeting towards extinction, and the United States' refusal to do anything about it means this generation might be the last to see them outside of storybooks -- or should we say, history books.

No more delaying. We must protect these beautiful, ecologically vital creatures for generations to come! Join us in asking the U.S Fish and Wildlife Service to list monarch butterflies as threatened under the Endangered Species Act!

Beyond their beauty, monarch butterflies play a vital role in our environment and its various cycles. They are pollinators, bringing to life beautiful wildflowers and other plants. They are also an important food source for many other insects, birds, and small animals. But climate change, thousands of acres of habitat loss, and a decrease in milkweed -- "the only food monarch caterpillars will eat" -- are leading to the quick demise of these important creatures.

This should be cause for concern, with scientists sounding the alarm that these numbers could actually already mean quasi-extinction, or the point at which a population is so small it literally cannot bounce back. But instead of taking swift action to halt monarch butterflies' mass death, the U.S. Fish and Wildlife Service is dragging its feet. In December 2020, the agency placed monarch butterflies on the waiting list for endangered status and protection, saying that they would get to it in four years. This waiting list does literally nothing to protect monarch butterflies. They are paying lip service to conservation efforts while letting these creatures continue to die out. Meanwhile, conservationists are doing all the leg work. Take California's $1.3 million effort to plant 30,000 milkweed plants, which monarch's depend on, in order to save the couple thousand butterflies left there. A community of "gardeners, nurseries and backyard scientists" have even rallied to do their own personal plantings. They are doing the job that our government is shirking off.