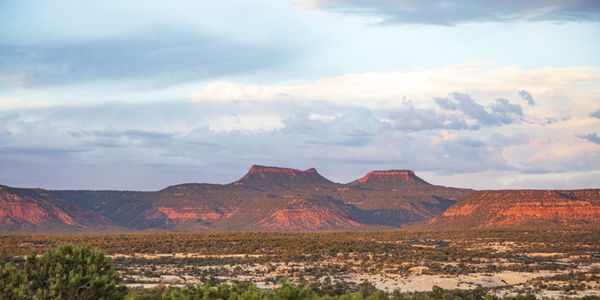 The 1996 Antiquities Act gave U.S. presidents the ability to protect land from the destroying forces of industry. Now, Trump is using it to end those protections, paving the way for loggers, miners, and others to come in and completely destroy the land. It's likely that ending those protections is illegal and he won't get away with it, but that won't matter if the land is already decimated before the issue makes it through the courts.

Several huge and important pieces of land in Utah are at stake; Bear's Ears and Grand Staircase-Escalante. Environmentalists and native people are in the middle of suing to prove that his actions are illegal, but Trump plans to open these lands to whatever developers will pay before the legislation settles.

Please sign the petition to demand the Department of the Interior halts all motions to shrink monuments and allow industry until the legality of the action is determined.

There are tens of thousands of important Native American artifacts on the Bear's Ears land, including rare cave art. In the Grand Staircase-Escalante land, 75 million year old dinosaur fossils have been found. Industry would threaten both of these. Additionally, this land is home to native species and countless people who enjoy visiting them. That's why Native Americans and environmental groups have joined to try safeguard the protections on these lands.

But Trump doesn't care about any of that. He and his GOP buddies in Utah only care about selling the land off to make more money. This is the exact kind of short term, greedy thinking that the Right is known for. But we can't let this happen without a fight.

Sign on to demand no one touches this crucial land until the legality of the move is properly legislated.