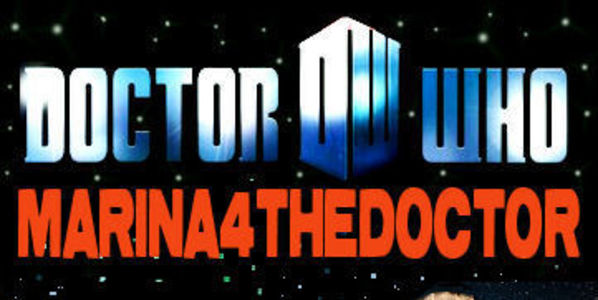 Marina Sirtis for the Doctor!

In March 2013, Marina Sirtis told fans in a large assembly at the Toronto ComiCon that she would like to be the first female Doctor on "Doctor Who".  Many fans agreed and have enthusiastically cheered her on since. If you have seen Marina Sirtis in person, you know she is witty, intelligent, outgoing, and has a commanding presence. It does not take long to find that Marina is more entertaining and outgoing than her well known (and also much loved) character Deanna Troi from "Star Trek the Next Generation".

Marina was born in the UK and began her passion for acting at the Royal Shakespeare Company, affiliated with the Guildhall School of Music and Drama.  She has been in a plethora of plays, t.v. shows and movies. She is a strong actress and virbrant speaker who becomes more fascinating with each year.

In 1963, the BBC introduced the series "Doctor Who".  Marina was a child then and enjoyed watching the series. The first producer of "Doctor Who" was a woman, Verity Lambert, in 1963.  The original "Doctor Who" theme was co-composed by a woman, Delia Derbyshire, of the BBC Radiophonic Workshop with her ground-breaking electronic music.  Two of the three first companions of the Doctor were women (Jacqueline Hill and Carole Ann Ford).  The first woman director was Paddy Russell in 1966, the first female writer credited was Lesley Scott in 1966. The 'creator' of "Doctor Who", Sydney Newman, the Head of BBC Drama in 1963 would later say that the Doctor "should be metamorphosed into a woman."  Newman even proposed creating the new character, if he were given more time.  In 1981, the popular fourth Doctor, Tom Baker, remarked upon leaving thes series, "Good luck to the new Doctor, whoever he or she may be."  It's now over 50 years later since "Doctor Who" premiered in 1963.  Help the BBC and its producers tune into the times by having the Doctor come back as a woman in the next regeneration. Vote Marina4theDoctor! Vote Marina for the first female Doctor! (from fans at gomarinasirtis.com)