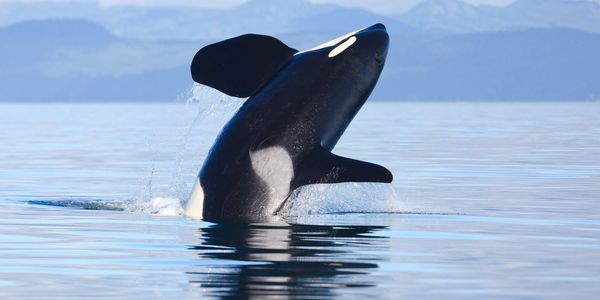 Unless you've been hiding under a rock for the last couple weeks, you've probably heard about Tahlequah, part of the the southern resident killer whale (SRKW) clan, that for nearly 20 days, has been carrying around her calf which died shortly after birth. Researchers, conservationists and animal lovers have been transfixed by the drama, and mourning with Tahlequah over her tragic loss.

The death of the calf is an ominous sign for a clan of orcas that only numbers around 75 and is the only killer whale population protected by the Endangered Species Act.

The SRKW clan of whales is split into three related pods that live within the Salish Sea off the coast of Washington. The pods — J, K and L — vary, in size and have different habits but are part of the same extended family and communicate using sounds used by no other killer whale population.

Tahlequah is part of the J pod, but she isn't the only pod member whose well-being has worried the public. This week researchers discovered that Scarlet, another killer whale from the same pod, looked severely malnourished. And yesterday an emergency mission was put in motion to deliver antibiotics to the ailing whale.

Scarlet and Tahlequahs struggle is symbolic of the plight of the entire SRKW population. The clan has experienced a remarkable and currently unexplained decline over recent decades. Between 1995 and 2001 for example, they lost more than 20% of their population.

Scientists currently have several theories as to why they are disappearing including lack of prey, stress caused by whale watching boats and exposure to high levels of toxicants.

While researchers race against the clock to find the actual causes, what can't be delayed is action to help these amazing creatures. The governor has promised to take action to save the SRKW population, but we need keep pressure on to ensure that everything is done to protect these beautiful marine mammals.

Sign the petition and tell Gov. Jay Inslee that you want Washington state to do all it can to save the southern resident killer whales.
Sign Petition
SHAREShare this petition with friends!TWEETEMAILEMBED
Sign Petition
See more petitions:
You have JavaScript disabled. Without it, our site might not function properly.