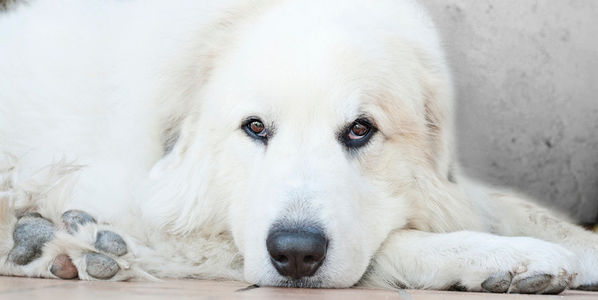 One official in one North Carolina county recently laid out a shocking demand: a family was told it must cut the vocal cords of their beloved pet dog Leo. Or, they could face huge legal consequences.

There is no way to justify a horrific demand like this. Sign the petition to demand the North Carolina state legislature pass a bill that bans debarking!

Removing a dog's vocal cords is done through a grotesquely inhumane surgical process called "debarking" or "devocalization." You could imagine this might be a painful and traumatic experience, and you'd be right. In many places, such as the United Kingdom, the procedure is considered so cruel, it's even illegal. The American Veterinary Medicine Association has also come out against debarking, calling the practice "unethical" and confirming that it "negatively impacts the welfare of the dog."

Unfortunately, debarking is still allowed in the United States - and apparently some officials in North Carolina even encourage it. Let's be clear: surgery to cut, scar, or otherwise remove an animal's vocal cords is downright mutilation. It's intentionally harmful. There is never any excuse for advocating for this type of procedure!

The North Carolina situation escalated after county officials repeatedly singled out one pet-owning family, targeting them with multiple fines for their pup Leo's bark. But Leo's not alone in his exuberance. Even though they have multiple nearby neighbors with dogs - and specifically, dogs that bark - and live in a suburb where houses stand apart from each other, authorities only wanted to go after Leo and his people.

His family has shown they are willing to take other, non-abusive steps, to prove their cooperation. They've offered to construct a fence or utilize other peaceful methods. But county officials still seem stuck on going after Leo. Luckily, the District Attorney has since condemned her subordinate's suggestion of debarking, and the assistant attorney has since left the department. But the incident just proves how few rights pet dogs have in North Carolina - and how quickly an animal could be abused.

Lawmakers in North Carolina must protect pets. They must ban the inhumane practice of debarking dogs throughout the state! Sign the petition if you agree.
Sign Petition
SHAREShare With FriendsTWEETEMAILEMBED
Sign Petition
See more petitions:
You have JavaScript disabled. Without it, our site might not function properly.