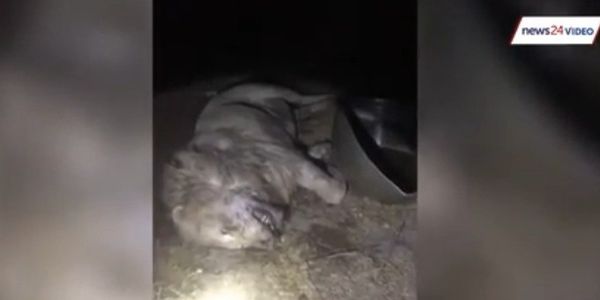 Find the Poachers Who Murdered This Park's Big Cats

Four big cats at Jugomaro Predator Park in South Africa were murdered in the dead of night.

A howling wolf alerted the owner that something was wrong and when he went out to investigate he found his animals sprawled out, dead and dying in their enclosures. Three lions and one tiger had just become the newest victims of the animal trade.

The animals were poisoned to death by poachers who had hoped to cut off their heads and paws and sell them for money in the lucrative endangered animal black market.  The park owner arrived just in time to scare them from his property, but not quick enough to stop them from murdering his animals.

These cats never stood a chance. Unfortunately, even in life, the cats were relegated to captivity when they should have been free to roam their respective habitats. But it was their captivity that made them such easy targets.

Regardless of the fact that this animal park was keeping these beautiful wild animals behind fences, the fact remains that someone killed them. These innocent animals suffered the indignity of captivity and then suffered a painful death by poison.

At the moment, no one has been arrested for these crimes, but the South African government must work quickly to catch whoever is responsible. Every day they walk free gives them another chance to kill more innocent animals. Last month, just 20 miles away from the Jugomaro Predator Park, another park owner suffered a similar loss when he discovered that his animals had been killed and butchered.

Sign the petition and ask the South African government to work to urgently find the poachers. These cats deserve justice and your signature can help.