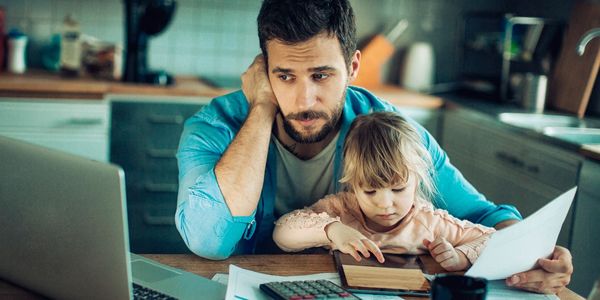 Buying a home in the United States is now out of the question for most families. Prices have skyrocketed, making a home purchase wildly unaffordable. Even worse, the same is true about renting a home.

There is not a single county in the entirety of the United States where an average person who works at a minimum-wage job can afford to rent a 2-bedroom apartment. In 91% of counties, it isn't even possible to afford a 1-bedroom apartment. We are in a housing crisis all across the nation. While families everywhere are struggling, this crisis is reaching some of its worst levels in one state: California.

Families deserve to be able to live in homes without fear of missing rent payments. California lawmakers must do more to create and preserve affordable housing! Sign the petition if you agree.

When looking at metropolitan areas, the three most unaffordable places for renting a home in the whole U.S. all fall in California. More specifically, they are all in the San Francisco Bay Area region. Shockingly high income requirements for housing have led to a surge in homelessness and poverty that is rocking adults, families, and children alike.

For decades, California state laws made this disastrous situation worse by limiting cities' abilities to enact rent control or rental protections against unjust eviction. Thankfully, California lawmakers and Governor Gavin Newsom recently changed much of this with a new law, AB 1482. But sadly, by this point, it just isn't enough. After decades of exploding rental prices, California residents need more help.

California and the Bay Area in particular might have a reputation for attracting affluent workers who can seemingly afford apartments that cost multiple thousands of dollars each month. But not everyone works in the technology industry or entertainment. Teachers and childcare workers, sanitation workers, Lyft drivers, food and retail workers, nurses, charitable non-profit employees, and more all need to be to live in the cities they call home! Our society cannot survive without these important individuals!

As of early 2022, data shows that more than half of households in California earning less than $50,000 a year had difficulty affording basic necessities such as medications, doctors' visits, gasoline, food, and housing. That's a shockingly large number of people who are afraid they might not be able to get by.

It is long past time for California to become a place where all people can make a home - and afford to keep it. Even with more rent control to prevent dramatic escalation in rental costs, housing prices are already much, much too high! Families can't afford to wait. We need more help - and we need it fast.

Sign the petition to urge California lawmakers to provide urgent help with affordable housing. It must immediately begin plans for creating future affordable housing - and pass stronger laws to protect the housing that's already available. Stand with children and families by signing the petition now!
Sign Petition
SHAREShare With FriendsTWEETEMAILEMBED
Sign Petition
See more petitions:
You have JavaScript disabled. Without it, our site might not function properly.