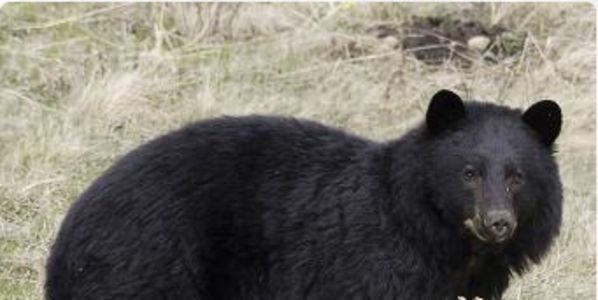 On Monday, June 1st, a black bear was shot dead in Newmarket. It had wandered the town for two days searching for food, harming no one. For two days, no one organized/executed a removal or relocation effort. Finally, as the bear descended from a tree, he was shot and killed by York Regional Police.

The public is outraged, and rightfully so. Death is final, and as such, should be the last attempt at solving any problem. Lack of training, equipment, education, experience, resources, funding and lack of contacts or support are not, in any way, acceptable reasons for taking a life. Making excuses will only perpetuate the real problem: human lack of awareness and effort in dealing with wildlife that we should be able to coexist alongside.

The York Regional Police put up an article* on their site, stating: "York Regional Police were forced to shoot a black bear this morning following numerous sightings over the weekend in the Town of Newmarket." Absolutely no one forced them to shoot and kill an innocent animal. There absolutely were other options. Let's not console our conscience and justify our actions with these statements that condone neglect, disregard and senseless death, now, and in the future.

York Regional Police went on to say, “Police officers are not equipped with tranquilizers nor are they trained on the containment of wild animals.” For two days, this bear was a matter of "public concern" as they put it, and yet no one was able to locate and purchase a tranquilizer or find/hire someone else who is capable and experienced with such matters?

Regardless, the article is full of excuses for why life was not valued and was expendable in their minds. This is not acceptable. They have justified their actions and made excuses for their inability to care, which really means that this will, inevitably, happen again.

Housing development, leading to habitat loss, has encroached further northward, reducing the natural habitat for bears and other wildlife. This destruction is ongoing and poses a real threat to animals and the environment. If policies and procedures are not put in place to deal with circumstances like these, this will inevitably happen again and again.

The proposed changes, I feel (as do many others) need to target not only police, but the Ministry of Natural Resources, the province and anyone else who could be involved in similar situations. The policies and procedures in place are obviously not sufficient or adequate regarding safe and ethical practices when dealing with the preservation and protection of wildlife. As we continue to encroach on natural habitat, the likelihood of this recurring is highly probable. We need to have protocols in place, resources and trained, equipped people and organizations to protect and preserve all life, human and non-human.

Let this be a lesson for law enforcement, regional and provincial governments and the world over - this needs to be taken seriously. We need to learn to share this world with the innocent beings that we've taken everything from -- home, habitat, freedom, food, safety and ultimately... their lives.