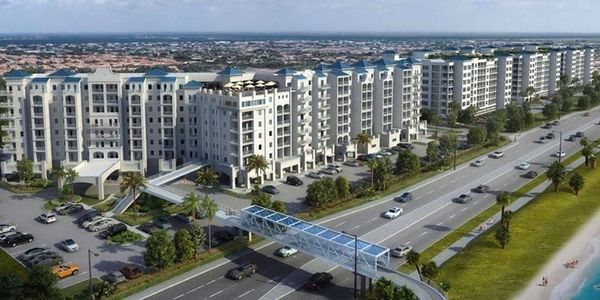 CALL TO ACTION: #ProtectWhatYouLove Sign this petition to Help us #ProtectHightowerPreserve to SAVE endangered turtles and shorebirds from HIGH DENSITY DEVELOPMENT BEACHSIDE 32937 in BREVARD Florida.  Hightower preserve determined to have "Exception Environmental Value" was created to be a dark and undisturbed beach for the preservation of the endangered green sea turtles.  This beach has highest nesting numbers - second only to Archie Carr Refuge. It is the only intact coastal strand within 30 miles and is important for endangered and threatened sea birds and migrating birds.  Its significance to turtle nesting is due to the near-shore reef which is food source and shelter - and is very diverse for food chain and fisheries.

City of Satellite Beach wants to monetize the Preserve for intensity Vue Hotel and HF Radar system by private entities.   A skybridge from a commercial hotel into a public use only as state and federally funded preserve and conservaton lands.  These lands were protected by Fish and Wildlife Service Section 7 consult from having lights being seen on beach - which 85 foot hotel with rooftop restaurant/bar/pool and 85 condos will shine lights and impact endangered and threatening sea turtle nesting and hatching - not to mention storm water impacts on the reef from stormwater outfall.  UCF comparing an intensity hotel area on the mid-reach, to the preserve we know the preserve is working.

Hightower Park Preserve (officially Oceanside Wildlife and Habitat Preserve) is conservation lands that are funded in 1999 with Florida State Funds (Florida Communities Trust) and Federal Funding (Bureau of Interior Lands) to protect this Preserve.  Legal Agreements protect the preserve - federally as limited recreation (to minimize human activity), public open space, education, and conservation uses -  We need the County, State and Federal government enforce preserve agreements.  We want to see the park being managed by another entity other than the city for its protection - perhaps as an extension to Archie Carr Refuge?  Air Force should also do eminent domain on former south base housing adjacent to the preserve to fix their mistakes - this area would make an ideal buffer as a migatory and shore bird refuge.

There are height limitations and land use restirctions on the adjacent former south base housing property in the Preserve Covenants  so to protect the lights from being seen on the beach to protect the endangered green sea turtle nesting. "Describing a real estate property that is close to but not adjoining another. For example, a house is adjacent to the house across the street because they are in the same neighborhood." The Preserve required 1998/9 Comprehensive Changes and those changes are part of the Project Plan which are part of the Covenants on the property - the approved Comprehensive Plan only allows 25 feet -2 stories on west side of A1A. Adding a density hotel with skybridge is a change of use of site and will not use site in a MANNER to PROTECT sea turtles and shore brds.  The Air Force needs to do condemnation on that property in order to address their responsibilities such as the FWS Section 7 Consult for the protection of endangered and threatened species.

The developer's Environmental Impact Statement (required ordinance 788) to the city that "No environmental impacts related to wetlands or endangered species are anticipated." However, as former Federal Lands, (PAFB South Base Housing) these lands are required by law to have a USFWS Section & Consult under the Endangered and Threatened Species act.  Phase 1 Environmental Reports were clear that lights can negatively impact sea turtle nesting and hatching.  Other USFWS Section 7 consults done on the former South Base housing prohibit any lights from being seen from the beach.

The plan for intensity hotel includes a skybridge directly into the park which is access and part of the "Project Site" to the preserve.  HIGH DENSITY is incongruent with the preserve they committed to protect!  This is a critical nesting area to not be disturbed by heavy traffic and lights from 85 foot buildings.

20 years ago the Hightower Preserve was super important to protect because it had 2nd highest nesting for endangered green sea turtles and threatened loggerheads - second only to Archie Carr. The reason that Hightower Preserve is even more important today than 20 years ago to protect is:
1) 46% of sea grasses are gone from the Lagoon (turtle food) - the inshore reef densest between PAFB and Hightower has macro algae as food for turtles.
2) PV virus is 60% higher in Lagoon than rest of Florida because of contaminants in lagoon - The inshore reef is an alternate habitat for coastal green sea turtle.
3) Juvenile sea turtles grow up on the inshore reef. This special reef with lots of macro algae is the reason Hightower has such high nesting.

"Spot Zoning is the name given to the piecemeal rezoning of small parcels of land to a greater density, leading to disharmony with the surrounding area. The Florida Supreme Court prohibited Spot Zoning in Parking Facilities v. City of Miami Beach, 88 So.2d 141 (1956). The Florida legislature codified this prohibition in Florida Statutes, Section 163.3194(3)(a)."
"See Southwest Ranches Homeowners Assoc. v. Broward County, 502 So.2d 931, 935 (Fla. 4th DCA 1987). Unlawful Spot Zoning creates a small island of property with restrictions on its use different from that of surrounding properties, solely for the benefit of a particular property owner and to the detriment of the community or without a substantial public purpose. Allapattah Community Ass'n Inc. of Florida v. City of Miami, 379 So.2d 387 (Fla. 3d DCA 1980); City Commissioner of the City of Miami v. Woodlawn Park Cemetery Co., 553 So.2d 1227, 1240 (Fla. 3d DCA 1989). The determination of Spot Zoning involves an examination of (1) the size of the spot; (2) the compatibility with the surrounding area; (3) the benefit to the owner and (4) the detriment to the immediate neighborhood. Parking facilities, Inc. v. City of Miami Beach, 88 So.2d 141 (Fla. 1956); Dade County v. Inversiones Rafamar S.A., 360 So.2d 1130 (Fla. 3d DCA 1978)."

Red Flags on How this Development was Approved

Legal letter says this development should not have been approved without first going to voter referendum.  So how did we get to where we are?  In 2017 the city put forth ordinance 1135 saying it was a clerical change not giving the developer additional develop rights. But what they did in actuality was add "commercial" giving the developer right to hotel or mall.  They waited 2 years which happens to coincide with state statute for period of time to rescind an ordinance for malfeasance.  More details on PCN-3 (Pelican Coast North 3) can be found here.

Climate Ambassadors Meeting 4/26 (video on youtube) regarding raising building heights, the Satellite Beach essentially indicated that they knew residents wouldn't vote to change the charter so would go around it with ordinances. "So we don't want to take every ordinance or are we taking ordinances? this says we have to take ordinance to the voters and I'm thinking is that we want to let the city counsel do their job by creating the ordinances. So are we going to have to figure this out. Okay so this is the issue, yes I agree this shouldn't be in the charter but no one is gong to vote to get it out. I know that. There is a fear there that things are changing and no one is going to vote to take that out of the charter." So am hearing the Satellite Beach City Manager suggesting to have city councel break the rules and put it in an ordinate and basically hope that no one notices that it didn't go to vote to change the 2007 charter for building heights. Then the mayor speaks and basically says, no will will research so we just need to be good salesmen.

OUR ENVIRONMENT AND INFRASTRUCTURE CANNOT SUPPORT HIGH DENSITY!  Concerns that high intensity hotel and condos will put stormwater on the ocean outfall at Hightower which will imperil the near-shore reef with higher bacteria levels and erosion - it is this reef which is why nesting is second only to Archie Carr Refuge.  Water table is highest in this area - so natural pecolation and Low Impact Development should be prioritized for stormwater, especially has water tables are expected to rise with sea level rise.  Pipes from the development to PAFB are 60 years old and are not being replaced and have issues with grounwater intrusion. Evacuation off the barrier island in event of fast moving hurricane or one that changes direction is also a concern as there was a study done that there is not currency as it is.  Beachside 32937 has low water pressure, and problems with coliform bacteria - concurrency issues that will not be solved for a few years until the new pipes are put in across Pineda.  Additionally, there is not enough capacity at some of the local schools for adding this development according to application.  Access from Pineda Causeway is a Level of Service "D" and so is A1A at a level of service of D in South Patrick Shores.  A1A cannot be widened so there is little way to improve the traffic level. We MUST minimize density development especially with resiliency - more CAT 4/5 hurricanes and higher water levels when these storms are highest risk.

For up to date information on our progress, please join WAVESaction group on Facebook.