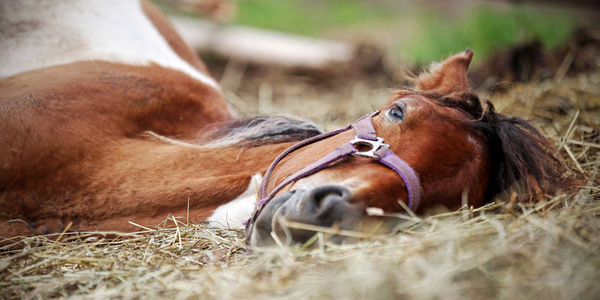 We all should have the right to food and full bellies -- avoiding starvation ought to be a basic human right. However, the state of Maine just took an approach to protecting food supplies in a way that animal lovers are worried could be deeply cruel and harmful.

Sign the petition to urge Maine residents to update their "right to food" amendment to ensure animal welfare is also protected!

In early November 2021, residents of Maine voted on a new amendment to the state' Constitution, dubbed the "right to food" amendment, that seemed to address this basic human right. However, contrary to what its name suggests, the amendment does not guarantee funding or any other government resources to prevent hunger, malnutrition, or starvation for Mainers.

Instead, the vaguely-worded Constitutional amendment focuses on defending Mainers' abilities to feed themselves, however they choose to -- with no mention of animal wellbeing or the need to practice humane butchering.

It states that individuals have "the right to grow, raise, harvest, produce and consume the food of their own choosing for their own nourishment, sustenance, bodily health and well-being," so long as that individual does not commit trespassing, theft, poaching, or abuses to private land, public land, or natural resources." Noticeably absent from this Not-Okay list? Abuses to animals.

Experts fear the loopholes opened up in Maine's new amendment could provide people with justification for committing atrocities against horses, cats, dogs, pigs, cows, chickens, and more. After all, as an amendment -- and not a bill -- this new measure will be more potent than average law. So someone inhumanely butchering an animal could easily claim "Well, it's simply my right."

We all want to reduce hunger and suffering. But this amendment clearly didn't quite do the trick. Ask voters in Maine to add clarifications and strengthen protections to shield animals from reckless harm!
Sign Petition
SHAREShare this petition with friends!TWEETEMAILEMBED
Sign Petition
See more petitions:
You have JavaScript disabled. Without it, our site might not function properly.