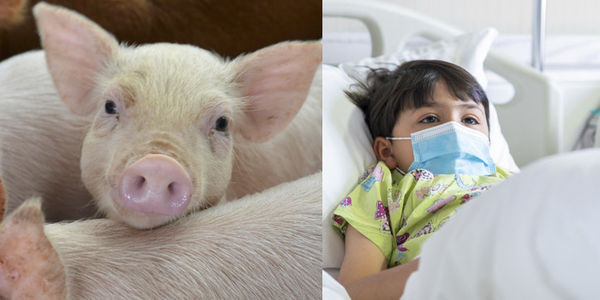 Superbug Cases Are Exploding, and Factory Farms Are Partially to Blame

More than half of all antibiotics sold and used in the United States do not go to treating people. Instead, they go to animal agriculture - where overuse of these drugs is now contributing to a huge upsurge in antibiotic-resistant superbugs.

The more our bodies and internal bacteria get used to the presence of antibiotics, the more those bacteria evolve and mutate to fight off our antibiotic medical treatments. And that means we have fewer and fewer ways to protect ourselves when we get sick.

Right now, the number and intensity of superbugs in humans is exploding. MRSA, CRE, candida auris, strep, and others are plaguing more and more Americans - even young, healthy patients. During the COVID-19 pandemic, this superbug explosion has become even more dire. And these patients aren't just becoming incredibly sick. Many of them are dying.

The U.S. government must get involved to curb the use of antibiotics in animal agriculture, now! We can't wait until our superbug crisis escalates even further out of control.

Factory farmers regularly dole out antibiotics in livestock's water and food supplies, as part of a general mission to prevent infections and death among their pig, foul, cow, and other animal populations. Preventing infections is a huge concern, because factory farmers lock these animals in filthy, feces-covered, overcrowded conditions with minimal veterinary oversight. In some cases, such as with chickens, the living beings are packed so tightly, they are often surrounded by their dead and decaying siblings, with no chance to escape.

This constant exposure to viral and bacterial contaminants means farmed animals are continually at risk of succumbing to disease. On top of that, because animals are confined together in such close quarters, when disease starts hopping from one being to another, it spreads fast. After all, there's zero possibility for six-foot-quarantining in a livestock warehouse! All of this hurts corporations' profits because they want to sell as many beefed-up animals as possible, and quickly.

Factory farmers could simply improve these conditions. After all, if we torture animals less and provide more humane habitats, the risk of infections spreading reduces dramatically. But since corporations aren't actually interested in animal welfare, they usually choose a different approach: pump the animals full of antibiotics. This has already had disastrous consequences for human health.

The U.S. Food and Drug Administration (FDA) has tried to get involved to reduce antibiotic use in agriculture, but so far it hasn't set many hard, enforceable rules. More recently, it began requiring farmers to consult with veterinarians prior to administering certain antibiotics that it deems "medically important" for human use. Once a vet is willing to sign off on the treatment, it's full-steam ahead. Other antibiotics (especially over-the-counter drugs) don't even require this cursory veterinary involvement - even though they can also contribute to superbugs developing!

Animal agriculture is already killing captive, defenseless creatures. It's killing the planet with horrendous greenhouse gas contributions. And now it's killing humans, too, though incessant antibiotic use. The U.S. government must finally step in and say enough is enough! It must fully and thoroughly regulate the use of antibiotics in livestock, and stop our worsening superbug crisis. Sign the petition to protect our health!
Sign Petition
SHAREShare With FriendsTWEETEMAILEMBED
Sign Petition
See more petitions:
You have JavaScript disabled. Without it, our site might not function properly.

Care2
Superbug Cases Are Exploding, and Factory Farms Are Partially to Blame
SHARETWEET