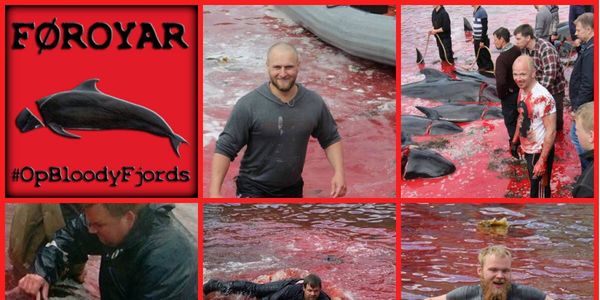 Protest against the slaughter of Pilot Whales in the Faroe Islands

The slaughter occurs mainly during the summer months in so‐called “traditional” communal drive hunts that locals refer to as "grindadráp" or simply, “the grind”. More accurately this practice should be called what it truly is ‐ mass slaughter. Like the infamous drive hunts in Taiji, Japan, "the grind" is a blood‐red stain on these otherwise pristine waters.

The purpose of this petition is to call on the Danish Ambassador to South Africa, Trine Rask Thygesen, as well as the South African Ambassador to Denmark, Zindzi Mandela‐Hlongwane, to place pressure on the government of Denmark to stop "the grind".

The Faroe Islands, although declared an autonomous region, still forms a part of the Kingdom of Denmark. The Faroe Islands may be self‐governing, but they essentially constitute a country within the Kingdom of Denmark. Although the Nordic country does not openly support commercial whaling, same which is banned by the European Commission, it supports the right of indigenous communities in the Faroe Islands and Greenland – which, while part of the Danish Kingdom are not part of the European Union – to maintain what they call their traditional whale hunts. Denmark does this by relying on "Declaration 25". The declaration refers to member states who have territories outside the EU – as is the case with the Faroe Islands and Greenland – and will allow Denmark not to be bound by the common position of the EU.

It should also be noted that Denmark’s justification which previously exempted it from having to comply with the EU Common Position (see Annex II of Common Position), is no longer valid, as this exemption was based on Declaration no. 25 annexed to the Final Act of the Maastricht Treaty. However, Declaration 25 is not annexed to the Lisbon Treaty, and therefore is no longer valid.

It is argued that "the grind" is done to procure food for the islanders, and forms a part of their "culture and tradition". This seems to be inline with the Aboriginal Subsistence Whaling (ASW) are contained in paragraph 13 of the Schedule to the International Convention for the Regulation of Whaling(ICRW) and allow for "aborigines," whose cultural and nutritional need for whales and whaling. HOWEVER ‐ evidence has clearly shown that the islanders do in fact, sell the whale meat for commercial purposes. Also, many of the whales are hunted and their carcasses are left to rot in the sea, untouched by the islanders. Inference can then be drawn to support the idea that "the grind" does not fall under Aboriginal Subsistence Whaling and must be opposed by the Kingdom of Denmark, the EU and the IWC.

Lastly, culture and tradition should not promote or condone cruelty. It is the 21st Century, we are aware of the biological workings of all animals. Whales and Dolphins have an increased amount of spindle cells, more so than humans do. Spindle cells, named after their long, spindle‐shaped bodies, are the cells that are credited with allowing us to feel love and to suffer emotionally.

'Cetaceans and humans, therefore, are a striking example of evolutionary convergence in psychology among mammals. These similarities, importantly, mean that cetaceans, as humans, are vulnerable to emotional and social stresses that can lead to considerable harm. This important point is critical to guiding the ethics of how we interact with and treat cetaceans.'

We, as South Africans, are generally kind, compassionate people who do not support any form of animal abuse. Our coast lines boast the best Whale and Dolphin watching worldwide. Cape Town is an international Hot Spot for viewing of the Great White Shark. We fight the brutal poaching of our rhinos and elephants, boasting the largest game park, the Kruger National Park, in the world. We take our conservation very seriously.

It is important that ambassadors to, and of, our country show this stance and should protest against any such animal abuse, including this barbaric hunt of the Pilot Whales.