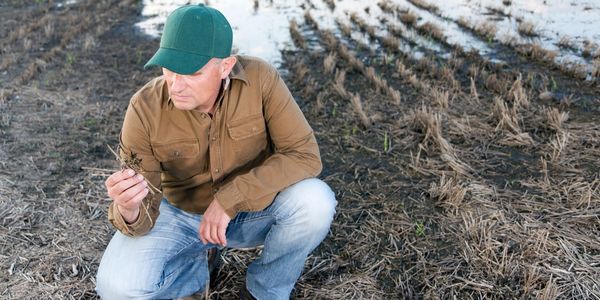 The EPA just reapproved a pesticide that kills most crops and causes cancer in humans!

In a striking 'screw you' to the people of the U.S., even the farmers they claim to protect, the Environmental Protection Agency (EPA) has approved the use of a previously banned pesticide -- previously banned due to its links to cancer and its killer tendencies towards crops that haven't grown resistant to it, which is essentially all of them!

Tell the EPA to protect human health and food sources from this poison! Sign the petition demanding the agency rescind it's reapproval of this killer chemical.

The ingredient in question is called dicamba, a weedkiller found in two products that the EPA has unleashed from the safekeeping of the law. This pesticide actually kills crops, save for the few that have grown resistant to it -- namely cotton and soybeans. Scientists and farmers who grow other types of crops worry about the millions of acres that will be negatively affected by dicamba now that protections have been stripped.

On top of the massive food loss that the toxin could cause are the numerous negative health effects, the scope of which are not even known. The National Cancer Institute conducted a study just this year that found links between dicamba and cancers of the liver and bile ducts.

The agricultural sector not only affects us by producing what we put on our plates. The chemicals used in farming seep into water systems, flowing into all corners of the ecosystem and all living things therein --  humans, but also wildlife, pets, and insects like the mighty pollinator, the bee.

The ramifications of this lifted ban are countless and often deadly. The EPA, filled with Trump's science-denying sidekicks, doesn't care. For the past four years the government agency has fought to please industry buddies instead of what its name directly says: protect the environment. But it needs to end.

Sign the petition and demand that the EPA immediately take deadly dicamba off the market!

Care2
The EPA just reapproved a pesticide that kills most crops and causes cancer in humans!
SHARETWEET