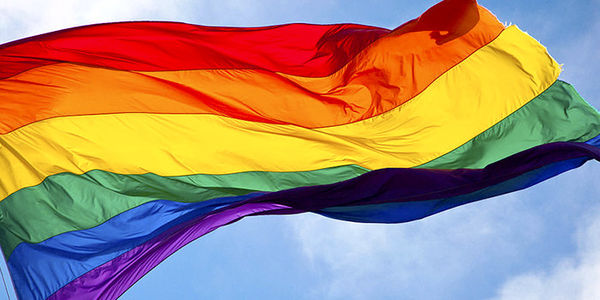 Say NO to the First Amendment Defense Act (FADA)

Instead of creating gun laws after the tragic Orlando shooting, which targeted LGBTQ folks, Congress is attempting to legalize discrimination against the LGBTQ community for “religious reasons.” The First Amendment Defense Attack is a disgusting attempt to sabotage the lives of the LGBTQ people. Behind the pretence of the first amendment, the bill is truly an expression of baseless hatred toward individuals who have suffered enough.

The First Amendment Defense Act (FADA) would allow employers who believe in the following, to discriminate legally and without government intervention.

Sign this petition to tell Congress to reject FADA!

The language of the bill would have disastrous consequences. FADA would allow businesses to deny LGBTQ couples time off to care for their ailing spouses. It would create a precedent for refusing to hire or choosing to fire a member of the LGBTQ community under the guise of religious freedom. The act would even permit schools to fire teachers who they believe engage in premarital sex for “moral reasons”!

The Orlando massacre should have prompted Congress to finally ban assault rifles, or create harsher penalties for hate crimes. Instead of doing anything to curb violence, Congress wants to formally legalize homophobia and sexism. Religious freedom should not be used to justify discrimination and validate bigotry.

In the U.S., our freedoms stop where they begin to infringe on the rights of others. This is why Freedom of speech does not apply to yelling “FIRE” in a crowded theater, and this is why freedom of religion should not support job discrimination and attacks on our civil liberties. If religious people insist on legislating their religion even though we have a separation of Church and State, it's ironic that they would choose to legislate hate, when most of the bible preaches love and acceptance. They preach love, but practice hate, and that has never made sense to me. If the bill was really about religious freedom, the pious FADA supporters would not be legislating hate.

The anti-gay bill has 171 different co-sponsors, mostly Republicans, and has been endorsed by Donald Trump. We need to come together and stop this bill from becoming a law. Sign this petition to let your congressional representatives know you want them to vote NO on the First Amendment Defense Act.