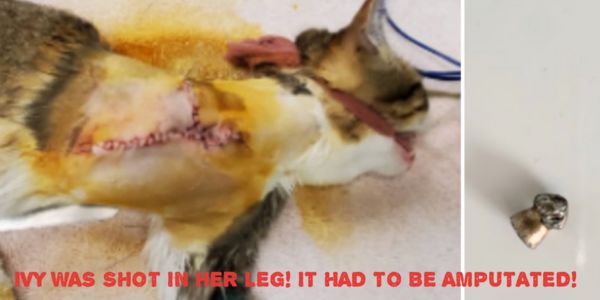 DID YOU KNOW THAT SEVERE CASES OF ANIMAL ABUSE HAVE INCREASED

DRAMATICALLY DURING THE PANDEMIC!!!

YET THE ANIMAL CRUELTY TASK FORCE WHICH WAS UNDER THE LOS ANGELES POLICE DEPARTMENT FOR 15 YEARS HAS BEEN DISBANDED!

Please sign this petition asking Mayor Garcetti to restore funding to the Animal Cruelty Task Force NOW! He is the only one who can change this!! We must send it to the Mayor immediately before the City Budget is finalized! Please post this petition on your social media and send to all your contacts! We need to show the Mayor that we want animal abuse stopped!!

In 2006, the Los Angeles Police Department (LAPD) joined with the L.A. City Attorney, District Attorney, and Animal Services department to create a remarkable new task force: the L.A. Animal Cruelty Task Force, the first such task force in the entire world! The need was urgent, yet despite city laws against animal cruelty, few perpetrators of abuse were being investigated or prosecuted.

The Animal Cruelty Task Force changed all that. For nearly two decades detectives, attorneys and police officers worked together to reduce animal abuse in L.A. They investigated and prosecuted criminals by overseeing hundreds of horrific cases of animal abuse. It was such a tremendous success that cities around the U.S. as well as around the world started forming their own task forces based on this model. The ACTF was the gold standard!

Research has shown time and time again that people who abuse animals often go on to commit heinous crimes against humans. This includes child abuse, spousal abuse, and even mass shootings. Nearly half of school shooters started by abusing animals. Animal abuse is the beginning of this cycle of violence. Many people who beat, torture, and murder animals are dangerous, violent criminals. Keeping track of who these people are is important for both the welfare of animals and humans.

The FBI counts acts of cruelty against animals alongside felony crimes like arson, burglary, assault, and homicide in the FBI's expansive criminal database. The FBI has classified animal abuse as a class A, Gateway crime. It is a known indicator of many perpetrators' inclination

toward committing other forms of violence. The police are the ONLY ones who can handle these dangerous criminals, who are often armed.

The City of Los Angeles is working on the proposed budget for fiscal year 2021-22. We

during the current fiscal year, but unfortunately that cut led to the suspension of the

police participation in one of Los Angeles' most meaningful innovations, the Animal

During the pandemic, severe cases of animal abuse have increased dramatically.

inadequately responding to the need, the Animal Cruelty Task Force is more necessary

than ever. Other jurisdictions across the country and around the world

have seen ACTF as a role model. We believe that what has happened to it is a major

mistake and we call on Mayor Garcetti and Chief Moore to reinstate ACTF in the upcoming budget.

For the sake of the animals, as well as the safety of all the residents of our city – both

human and animal, we are asking Mayor Garcetti to include funding for the ACTF

Voice For The Animals is one of the founders of the ACTF. We worked for many years to make sure it became law and in 2007, it did. Since then, Melya has expanded the program internationally to Greece and Cyprus

Ivy was shot in the leg. It had to be amputated.