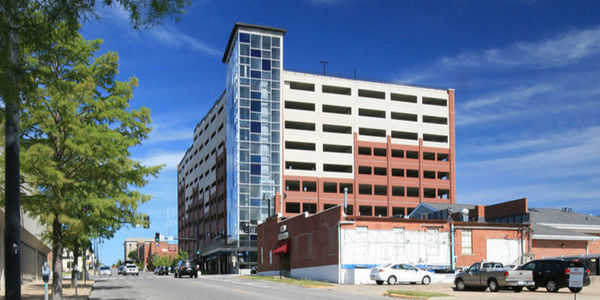 There have been too many deaths by suicide in The District of downtown, Columbia at the 5th and Walnut parking structure. It is imperative that a clear solution is put into place that will prevent future deaths from occurring. This issue is preventable, and it starts with a clear cut multi-faceted plan to ensure that in the future individuals are not only deterred by physical barriers, but given access to hotlines and access to psychological services after the initial attempt and trauma.

The City of Columbia has already done extensive research into the subject, according to an article published by the Columbia Tribune on January 8th, 2019. I have not yet reached out to city council or the governing body to ask about the progress of this complex issue. You can read the article that was published here.

The purpose of this petition is not to paint the city council of Columbia in a negative light. The fact that they have looked into the issue is very imperative, and they have laid the ground work for independent journalists like myself to research the matter further. This issue hits close to home for me, as I am an employee of one of the businesses nearby the parking structure. As hard as this is for me to talk about, many of the patrons, as well as the employees of the businesses around the parking structure feel uneasy about coming to work every day, not knowing what to expect. The purpose of this petition is to spread awareness about the very real traumas that have been endured by the loved ones of the 8 people, ranging from their early 20's to their early 90's, and to assure the city council that the citizens of this city are ready for them to install a solution to this problem.

Empathy and compassion from the community are not enough. Every death is another family torn apart, another life lost, and countless minutes, hours, days, weeks, months, and years undone by an untimely, unfortunate, and preventable end.

Many have argued that if one is prevented from attempting at the garage, they will find another way. This detracts from the point. There has been on average, one death per year since the structure's construction in 2011. That is one death per year that could have been at the very least, deterred. That amount of time very well could be the difference between life and death for someone suffering from depression.

I propose installing signs at all major access points to the edge with numbers for counsellors, suicide prevention hotlines, and other psychological resources could also deter, and even prevent suicide. Higher barriers or nets must be installed soon. Lives could be saved. When someone is feeling that lost and alone, all it can take is someone reaching out, or them being made aware that they have resources available to make a difference, and so this solution must be multi-faceted.

To my knowledge, only one person has been confronted before the fact, and talked down to safety by the Columbia Police Department, paramedics, and firemen. It is my hope that this person was made aware of all of the resources available to them, and they got the treatment they needed.

Because of the nature of these deaths, not much research has been done outside of specific structures in specfic locations on a global spectrum. For instance, the Golden Gate Bridge is currently undergoing a $76 million dollar renovation that will be completed in 2021. The hope is that this renovation will drop the average of 48 deaths per year since its' completion in 1937 to 0. More than 1,700 people have died at the Golden Gate bridge in San Francisco, as opposed to the total now of 7 at the parking structure in Columbia. You can find out more information about the San Francisco barrier project here.

At NYU, a creative team team installed 8-bit inspired barriers to replace the clear 8 foot plexiglass in the Bobst Library. It may be a more modern take, but it does the job all the same.

At the end of the day, the desired effect is saving lives. If we aren't proactive, more will die. We have to act now. Another year, could bring another untimely death. If it takes crowdfunding the funding for this project, I will set one up. I am willing to work with the City of Columbia's council in whatever ways I can in order to fix this. There is no way to undo the damage that has been done in the last 8 years, but there has to be a way to prevent any damage in the future. Lives depend on a solution.

It is my hope that by garnering 10,000 signatures on this issue, we may be able to embolden the cause, and show the city council how imperative that it is that this issue be addressed as immediately as possible. Thank you for your time.