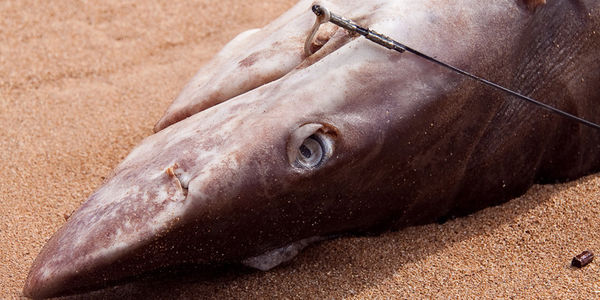 We're killing off sharks. Without them, the oceans may not survive.

One of the most iconic animals associated with the open waters of the ocean are sharks. Their ancient, prehistoric bodies conjure up feelings of awe, excitement, wonder, and fear for people all over the world.

But all over the world, these ecologically vital predators are dying.

Sign the petition to demand that authorities help save the sharks now, before it's too late!

In January 2021, researchers studying sharks discovered a terrifying trend: in the 50 years since 1970, the number of sharks alive in the wild has plummeted a massive 71%. This means that only 30% of sharks — three in every 10 we might otherwise expect to see in the oceans — are still around.

That's coincided with huge surges in fishing for sharks around the world, estimated to be 300% more intense than it was 50 years ago.

Yet shark fishing is still legal in many parts of the globe, including in Australia. In fact, in Australia, it's still legal to kill some of the most threatened and ecologically-important shark species, including critically endangered scalloped hammerheads and great whites.

One of the reasons lawmakers haven't been quick to act when it comes to saving sharks is because the public doesn't particularly care. Most people are more afraid of sharks biting and maiming them, than they are of sharks being bitten into as someone's dinner. But the science just doesn't back up our fear of sharks. Every year, the global population of humans has risen and more people have gleefully gone swimming in ocean waters — yet there are fewer shark attacks every single year.

Instead of villainizing sharks as "mindless eating machines" (to quote Finding Nemo), we should be celebrating them. Without sharks, our ocean ecosystems will be thrown into chaos. We cannot allow a world like that to come to pass. And it's up to leaders like those in the Australian government to finally step up and help.

Sign the petition now and tell Australian lawmakers and Prime Minister Scott Morrison to pass legislation immediately banning all shark-fishing, and creating strong new programs to help conserve the sharks that remain!
Sign Petition
SHAREShare With FriendsTWEETEMAILEMBED
Sign Petition
See more petitions:
You have JavaScript disabled. Without it, our site might not function properly.

Care2
We're killing off sharks. Without them, the oceans may not survive.
SHARETWEET