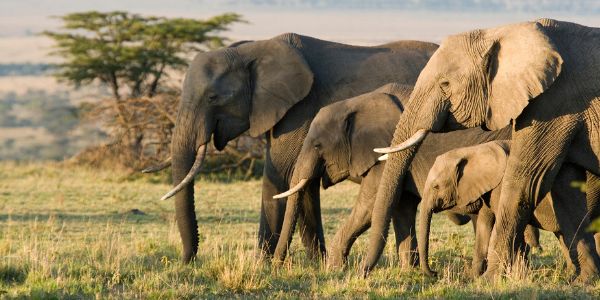 Americans Are to Blame for Trophy Hunting. This Lawsuit Just Made It Easier.

Americans are fueling the trophy hunting industry, and thanks to a recent lawsuit settlement, it looks like that trend will only get worse. Trophy hunting permits from the U.S. government, which allow Americans to bring carcasses of animals they kill into the country, have been paused since 2017. Now, for the first time in five years, the U.S. Fish and Wildlife Service has granted six permits to bring the dismembered parts of hunted African elephants into the country -- and it plans to approve more in the coming months.

An increase in hunting permits will only encourage wealthy Americans to continue traveling to African countries to slaughter innocent, endangered animals. Sign the petition to demand the U.S. Fish and Wildlife Service reject all future trophy hunting permits!

To import a "trophy" into the U.S., hunters must prove that killing the animal helped the "positive enhancement" of a species. However, experts have proven that trophy hunting does not benefit wildlife conservation. Killing these animals can have serious negative consequences, threatening a population's health and survival. Additionally, both species of African elephant are at high risk of extinction, so we can't afford to lose any more of them!

This government decision stems from a lawsuit filed by the Dallas Safari Club, a hunting organization that sued Trump in 2019 for pausing trophy permits. Under the court settlement, the Fish and Wildlife Service is required to process 11 permits, and 73 additional outstanding permit applications. This decision could lead to more trophies being brought into the United States from countries that still allow elephant hunting.

While the Fish and Wildlife Service is required to process the above permits, a spokesperson for the department said both parties consider the resolution to be "just, fair, adequate and equitable." How can that be possible? And more importantly, why didn't the Fish and Wildlife Service fight the lawsuit? It could have fought to restore a similar ban that the Obama administration had implemented. The settlement ruling also goes against the Biden administration's commitment on the campaign trail to limit hunting imports.

As of September 2021, an estimated 300 permits to import elephant trophies from various African countries are awaiting processing. As more trophies are approved, wealthy Americans will continue to spend their money on lavish trips to African countries to murder these innocent creatures. Sign the petition to urge the U.S. Fish and Wildlife Service to ban all future elephant trophy permits!
Sign Petition
SHAREShare this petition with friends!TWEETEMAILEMBED
Sign Petition
See more petitions:
You have JavaScript disabled. Without it, our site might not function properly.

Care2
Americans Are to Blame for Trophy Hunting. This Lawsuit Just Made It Easier.
SHARETWEET